During his June 28 contempt hearing, Craig Wright told a federal court in Florida that he was unable to access his $10 billion Bitcoin fortune. 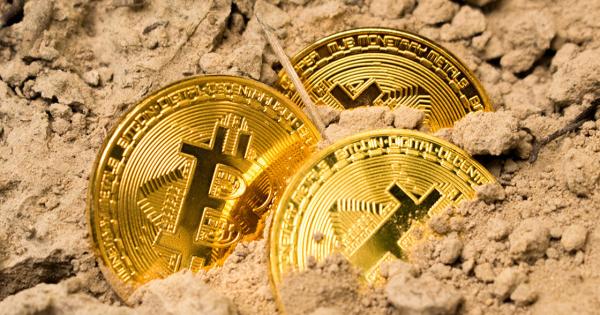 During his June 28 contempt hearing, Craig Wright told a federal court in Florida that he was unable to access his $10 billion Bitcoin fortune. Sources present during the deposition revealed that he also cried during cross-examination when explaining why he parted ways with Bitcoin back in 2010.

Craig Wright’s bitter court battle with the estate of his former partner Dave Kleiman has been going on for more than a year. The case just recently started to show significant movement. After Wright failed to disclose his Bitcoin holdings on several occasions, a federal court in Florida ordered a hearing on June 28 as to whether he should be held in contempt of court.

The hearing, held on Friday, was to determine the level of sanction Wright should face for his violation of court orders. However, it was a hot topic in the crypto community, with many discussing the hearing’s implications on the Wright vs Kleiman case.

Inside sources revealed that a heated discussion didn’t only happen on Twitter—emotions ran high during the hearing, too. According to Bloomberg. At one point Wright forcefully threw a document provided by Kleiman’s lawyers and was rebuked by the judge, who said he would be “in handcuffs” if he did that again.

Shortly after being reprimanded for unruly behavior, Wright continued to avoid giving direct answers to questions. Seemingly fed up with his long and disconnected speeches, the judge called a recess and urged Wright’s lawyers to have a talk with their client “about answering questions directly and not giving speeches.”

Quick update. Open session, now, Craig is on the stand talking about silk road and Hydra, and CRYING, yes he is CRYING

The whirlwind of emotions during the cross-examination was too much even for the court reporter, who Bloomberg says asked the parties to slow down.

But, the heated argument failed to answer any of the important questions asked by the Kleiman party. Wright reportedly cried during the deposition when he was asked why he left Bitcoin and disassociated from his Satoshi Nakamoto alias, as he claimed the “bad things” the cryptocurrency was used for was “too much” for him to handle.

Some highlights:
Are you satoshi? – yes
Do you recognize this White Paper? – I wrote it
Why did you leave BTC and disassociated with Satoshi? – My invention was used for bad things *crying*. They created #silkroad and #hydra. It was used to fund child pornography

The continued hearing, which is scheduled for August, will reveal the extent of the punishment Wright will endure for his contempt of court. Attorney Stephen Phalley believes that things are going Kleiman’s way and that the judge will take time before deciding to hold someone in contempt of court.

Things are going Kleiman's way. Now, we may not know what the Court thinks until after the continued hearing which I believe will be in August. And it could change. Either way, this appears to be a smart judge, and one who will reach the right conclusion.

In order for Craig to "lose" the Kleinman case he must be Satoshi Nakamoto and have written the white paper and invented #Bitcoin. This fact seems to not be understood by Craig deniers who are also cheering for him to lose this case. Does this make them stupid?

The crypto community was quick to respond to Ayre’s unfounded statement, with most saying his claims made absolutely no sense. Even Peter McCormack, the host of the “What Bitcoin Did” podcast and one of many recipients of Wright’s libel claims, chimed in.

McCormack said that he hoped Wright lost the Kleiman case, as it would mean he would have to pay out the $5 billion in Bitcoin that he surely doesn’t have.

Actually I want him to lose the case and they think he is Satoshi. Then he has a $5 billion bill that neither of you morons can pay.

In May 2016, Charlie Lee and Jared Tate, the creators of Litecoin and DigiByte, cryptographically proved they were the creators of their blockchain platforms in less than a minute. 2 min read

Craig Wright, the notorious creator of Bitcoin SV, failed to disclose his Bitcoin holdings in spite of an order from a Florida court. 2 min read

Prominent cryptocurrency researchers joined forces and uncovered compelling evidence that Craig Wright isn’t Satoshi Nakamoto. By comparing Satoshi’s IP address and Wright’s own testimony about his whereabouts at the beginning of 2009, researchers found that the two were at the opposite sides of the globe at the time. 2 min read

Craig Wright, the controversial creator of Bitcoin SV claiming to be Satoshi Nakamoto, could be facing jail time for fraud. 3 min read