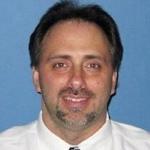 Craig Wright claims Kleiman was involved in the invention of Bitcoin, and that Wright himself was Satoshi Nakamoto, Bitcoin’s main inventor. Wright’s claims are widely regarded as a possible hoax.

In December 2015, Gizmodo reported that Dave Kleiman may have been involved in the invention of the digital currency Bitcoin, based on documents sent to the press concerning Craig Steven Wright’s claim to be Satoshi Nakamoto, the inventor of bitcoin. Wright repeated the claim to The Economist in May 2016. Wright’s claims about the creation of Bitcoin are widely considered extremely dubious, and possibly a hoax.

In February 2018, Dave Kleiman’s brother Ira, the executor of his estate, initiated a lawsuit in the U.S. District Court for the Southern District of Florida on behalf of the Kleiman estate against Wright over the rights to between 550,000 and 1,100,000 bitcoins, claiming Wright defrauded the estate of bitcoins and intellectual property rights.

The estate alleged that Kleiman was one of the early bitcoin pioneers and worked with Craig Steven Wright on its establishment as a cryptocurrency.