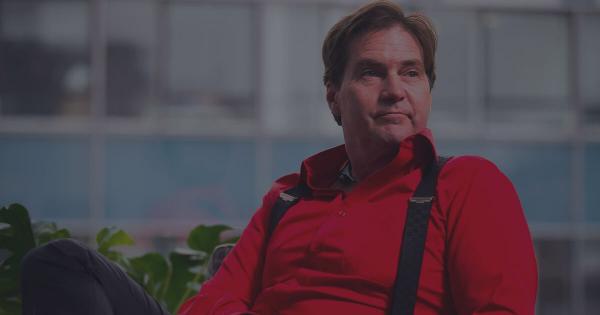 “Behind the Mask: Craig Wright and the Battle for Bitcoin” has been one of the most highly-anticipated books in the crypto space, but it seems that the deep dive into Wright’s place in the industry might never hit the shelves,

According to CoinGeek, a pro-BSV news publication owned by Calvin Ayre, the publisher of the book has postponed the release of the book—indefinitely. The book was supposed to become available worldwide on Jan. 28 and many pre-orders have already been put in.

Craig Wright himself said that he was one of the people that have already ordered the controversial title.

The report also claimed an official from Affirm Press, the Australia-based publisher of the book, said that “the threat of litigation was too high,” but refused to give out any more details about the ordeal.

Wright reportedly denied having threatened the authors of the book with lawsuits, with CoinGeek noting that he cooperated with the book’s authors, Reuters technology and business journalists Jeremy Wagstaff and Byron Kaye.

The drama with the possible cancellation of the book many of his supporters believe will prove he is Satoshi Nakamoto doesn’t seem to have affected Wright. In a recent interview with a crypto publication, Wright addressed the question of the Tulip Trust.

The notorious trust is said to be guarding “key pieces” of the private keys necessary to unlock the Bitcoin Wright and his former partner Dave Kleiman mined pre-2014. Among those coins, he claims, lies the $8 billion fortune of Satoshi Nakamoto, the founder of Bitcoin.

Tulip Trust was one of the most discussed in his trial with Kleiman’s estate, with many claiming Wright made up the trust in order to avoid proving he actually had access to Nakamoto’s fortune. With the question of the trust still a hot topic in the trial, many believed Wright should avoid discussing the polarizing matter.

However, in the interview, which was reported on by the Chinese media, Wright said that he was “99.9999 and a few more 9s percent certain” that he will be taking control of his Bitcoin. When asked why he created the trust in the first place, he said that it was done at a time the coin wasn’t worth “anything at all” to protect his assets if they increase in value.

He explained that he didn’t make himself one of the trustees as it would enable “people” to force him to transfer his tokens. A trust like the one he created can’t be forced to do such a thing, he went on.

BSV seems to have had a mild reaction to the mix of news surrounding Wright and has jumped around 2 percent in the past 24 hours. However, with most other altcoins, including Bitcoin Cash, experiencing a major rally, it’s hard to say whether this is a chain reaction or a news-fueled pump.

Matthew Graham, the CEO of Sino Global Capital, seems to believe BSV’s pump is the work of none else than Wright.

“This is why scam coin BSV pumping these days. CSW running a reverse China hustle with the help of one of the major Chinese exchanges,” he tweeted in a thread where he shared coverage of Wright’s interview.