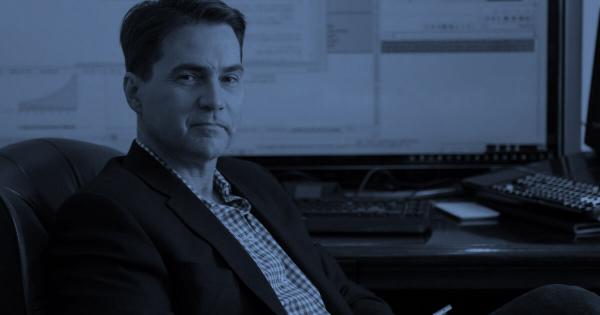 The bonded courier set to deliver the “key slices” necessary to unlock the encrypted files where Craig Wright’s alleged Bitcoin fortune lies has finally arrived, pushing BSV’s price upwards. However, the Kleiman estate said that the “key slices” were just a list of 16,404 public addresses, adding that no information about the courier or the message he delivered was provided to them.

Craig Wright is many things—a chief scientist at nChain, the self-proclaimed creator of Bitcoin, the main talking head for Bitcoin’s least popular offshoot BSV. However, one thing that Wright is not is a truth-teller.

Wright caused quite a stir at the end of the year by claiming a bonded courier carrying the missing information necessary to “unlock” his alleged Bitcoin fortune is set to arrive in January 2020. Bitcoin’s price took a hit while BSV, said to be modeled after his “original vision” for the cryptocurrency, surged in value.

And then finally, Wright and his legal team filed a notice of compliance to the court saying the courier has arrived and the information he brought was shared with the Kleiman estate.

“Dr. Wright notifies the Court that a third party has provided the necessary information and key slice to unlock the encrypted file, and Wright has produced a list of his bitcoin holdings, as ordered by the Magistrate Judge, to plaintiffs today,” it said in the note.

The news shook the crypto industry, but many outlets misreported on the development, saying Wright has provided the private keys to the addresses where his alleged $8 billion fortune lies.

The plaintiffs in the case reacted quickly to the monumental information, filing a motion on Jan. 14 where they proposed a change in the trial’s schedule. The Kleiman estate requested a 90-day extension of the trial date and all corresponding partial deadlines, as they need more time to adequately prepare the case for trial.

According to the Kleiman legal team, they can’t tell whether or not the three-month extension will actually be enough, as Wright provided more than just “slices” of information in his latest notice. Namely, the key slices necessary to access the encrypted files mentioned in the case contained only a list of 16,404 addresses.

No information on the bonded courier that delivered them, the company the courier worked for, or when the message was delivered was provided, the plaintiffs said.

The tone of the notice filed by the Kleiman estate clearly shows they’ve just about had enough of Wright’s lies. Stephen Palley, a blockchain and virtual currency lawyer at Anderson Kill, said Wright’s conduct raises more questions than it answers.

“So, look, I’m not saying that the list is or isn’t authentic. I am saying that this is a guy who two federal judges have basically called a liar and he just opened a new Pandora’s box of discovery. So it may not end well,” he tweeted.

With 10 days left for Wright to respond to the plaintiffs’ question about the courier, the case will remain in limbo until the end of the month. Until then, we can expect further volatility both from Bitcoin and BSV.