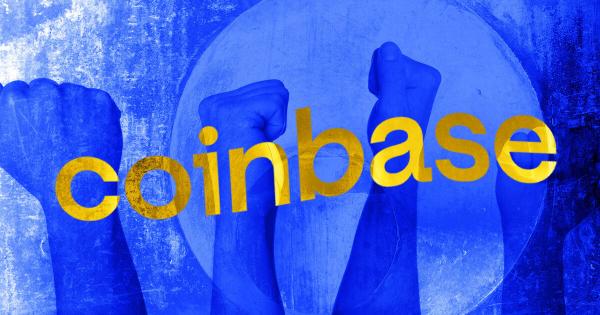 Coinbase CEO Brian Armstrong on June 13 announced the decision to cut the company’s workforce by 18%, which according to The Wall Street Journal, translates to around 1,100 employees.

Armstrong gives his reasons for the layoff

Armstrong said in a blog post that he’s been in dialogue with company execs and the board about recent market developments over the past month. These discussions led him to conclude that changes should be made to safeguard the company.

Specifically, he spoke about the macroeconomic landscape and the onset of a recession, which could, in his opinion, last “for an extended period,” the importance of staying lean by cutting costs during these times, and growing too quickly, which led to a bout of overhiring.

“While we tried our best to get this just right, in this case it is now clear to me that we over-hired.”

Affected staff will receive 14 weeks of severance pay, plus an additional two weeks for each year of employment past the first year, four months of health insurance and mental health support, and help to find a role at other firms.

He said accountability for this decision rests entirely with him.

Even before the announcement, employee morale at Coinbase was already rock bottom, according to the WSJ.

The WSJ reported on June 10 that unrest over the company’s poor performance had led to an employee petition calling for the ousting of senior figures within the firm.

In response to the now-deleted petition, Armstrong blasted the petition as “really dumb on multiple levels.” And that he, not the executives named, should be the subject of scrutiny over the firm’s poor performance.

“First of all, if you want to do a vote of no confidence, you should do it on me and not blame the execs. Who do you think is running this company?”

Furthermore, the company co-founder said employees, who lack confidence in Coinbase, should quit and find work with a company they believe in.

3/ Second, if you have no confidence in the execs or CEO of a company then why are you working at that company? Quit and find a company to work at that you believe in!

Fortunes at Coinbase take a plunge

In April 2021, Coinbase made its Nasdaq debut in a move dubbed a landmark moment for cryptocurrencies. Its stock price closed on the first day of trading at $328.28, giving the company an initial market valuation of $86 billion (fully diluted).

Fourteen months on, and with the undeniable onset of crypto winter, cracks within the company began to show.

In May, the firm released its Q1 2022 results showing a 27% decline in revenue compared to a year ago and a net loss of $430 million. In addition, retail monthly transaction users were down to 9.2 million from 11.4 million the previous quarter.

Moreover, the report included a bankruptcy disclosure statement, which led to warnings to transfer assets off the exchange.

Last week, in line with other crypto firms amid the cooling market, Coinbase announced a freeze on new hires, including rescinding accepted job offers.

The net result of the turmoil has been a gradual decline in the company’s stock price. COIN closed Monday at $57.44, down 83% on its debut closing price.