The exchange is valued at over $100 billion is one of the most-anticipated developments of the crypto space in recent times. 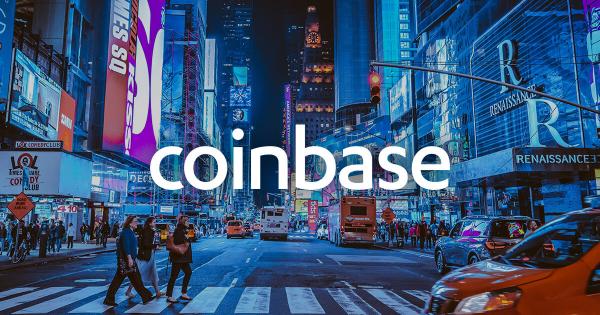 The shares of crypto exchange Coinbase would be offered to the public later today on the New York Stock Exchange (NYSE) as part of a planned listing. The move is the first time a major crypto business is going public.

Coinbase is valued at over $150 billion by analysts and pre-public traders, in part due to its impressive Q1 2021 trading volumes, revenues, and profits (it made over $750 million this year alone).

The most significant part of the Coinbase IPO is that the team chose not to give an interview to the legacy media, but rather they are going to do a livestream with their investors.

Its shares would be offered straight on the Nasdaq stock exchange via a direct listing and trade at over $577 on pre-listing markets like crypto exchange FTX. And here’s what four industry proponents say about the listing’s potential impact on the broader crypto market.

Jun Li, founder of Ontology, the high performance, public blockchain specializing in decentralized identity and data said that the Coinbase listing will reset the entire blockchain market, even though within the space there are other giant players as well — ranging from centralized to decentralized exchanges.

“We will see welcomed increased pressure on states to bring in policy and regulation to the blockchain and cryptocurrency industries. We welcome these regulations because we understand that without regulation, the industry will not be officially recognized,” he commented.

Tomorrow @coinbase on its first day of trading is likely to exceed the value of Goldman Sachs. That’s incredible.

Others like Jason Blick, CEO of EQIBank, a digital bank, said that the Coinbase listing would give key insights into how crypto exchanges operate and earn. “Coinbase’s forthcoming IPO will give long needed transparency to the financial affairs of a leading exchange, its underlying business model is subject to extraordinary pressure,” he stated.

“In the “race to the bottom” pricing models of all leading exchanges, investor expectations of dramatic long-term returns may be quickly vanquished as lower prices result in profit margins being permanently squeezed.”

Eric Kapfhammer, COO and Head of Polyient Capital at Polyient, the investment group behind the Polyient Games NFT Marketplace, said the Coinbase NASDAQ listing was essentially the first legitimate bridge between the traditional capital markets and the crypto markets.

“My estimate is that, once established, we will surely begin to see more flow of capital into crypto-focused companies and cryptocurrencies themselves,” he said, adding:

“You can expect maturation in the space, both in terms of investment flows, as well as the expansion and development of new services with the accompanying infrastructure.”

Meanwhile, Amber Ghaddar, co-founder of layer-2 blockchain protocol AllianceBlock, said the current frenzy around the Coinbase listing was reminiscent of two historical events: the gold markets of last century, and the unsustainable valuations of companies across all markets.

Coinbase at $250/share means it is valued at less than 10x Q1 annualized revenue.

Wall Street is about to see what crypto degens can do to something they want to own ?

“A few decades back, certain equity investors couldn’t access gold as they didn’t have a commodity and/or derivative mandate and were instead investing in gold miners,” Ghaddar said, adding that retail and institutional investors were playing the Coinbase listing as a proxy investment of Bitcoin or Ethereum.

She further stated Coinbase was likely overinflated with its 60 price to sales ratio (other exchanges trade between 3 (Nasdaq) to 15 (CME)). “This is further proof that the framework of traditional valuations is broken and the current euphoria, driven in part by helicopter money, is nothing but unsustainable,” Ghaddar said.

Coinbase trades on secondary markets at $570 at press time. Its public listing is scheduled for today.