Journalism startup Civil is pulling the plug on its much-hyped Initial Coin Offering after it met only 13 percent of its fundraising target. 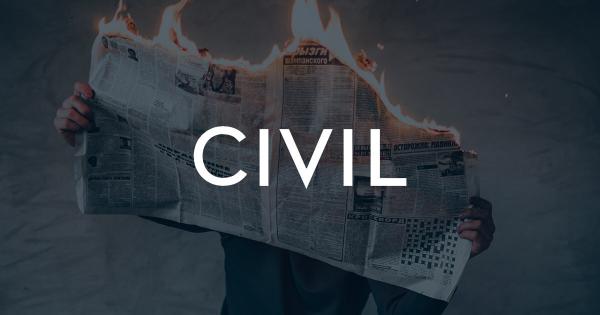 Photo by rawpixel.com on Pexels

Journalism startup Civil is pulling the plug on its much-hyped Initial Coin Offering after it met only 13 percent of its fundraising target. However, the company noted its blockchain project is not shutting down any time soon.

As reported by Fortune, the startup closed sales of its CVL token on Oct.15 after drastically failing to come close to the $8 million minimum target sought by its founders. The New York-based company is a decentralized news aggregator site that aims to provide valid information to readers by time-stamping data and to create “newsrooms” governed by CVL holders to incentivize workflow.

However, the partnerships and potential use cases have failed to stir up interest in the Civil protocol, presumably as an adverse effect of the prolonged bear market the cryptocurrency sector is facing in 2018.

Civil received a seed funding from Ethereum incubator ConsenSys Labs in 2017 and has since operated on the initial capital. It sought $8 million – $24 million via ICO to further enhance its product and create a strong contender in the journalism space. However, as funding efforts failed to clear the minimum threshold, Civil shall “automatically refund” all participants who purchased the $1.2  million worth of CVL tokens by Oct.29.

While the move may strike as sudden to most, warning signs of a crumbling ICO appeared much earlier. Just five days before the ICO close date, the project had raised close to $1 million – indicating reaching the soft cap was a mammoth task within a short while.

“The numbers will show enough that we are not where we wanted to be at this point in the sale when we started.”

Another faltering sign was the lack of interest from Civil has been making efforts to attract credible companies to use its product on their publications. Recently, a Wall Street Journal article noted Civil had approached several agencies, including The Washington Post, Dow Jones, and New York Times for partnerships, to no avail.

Meanwhile, Civil’s core team has stated it shall continue with a token-based fundraising method before the platform is officially launched, despite the debacle. Illes highlights the company is looking forward to beginning another token sale in “weeks, not months.” He adds the new token sale will be “very different from the last one and much easier.”

Public sentiment in ICOs radically reduced since January 2018 when a mere whitepaper was all that was required to raise millions of dollars. However, a market bust, token frauds, and stark absence of working products have led serious investors to rethink ICOs, at least until adequate regulations are in place.

Joseph Lubin and Amanda Gutterman of ConsenSys explained how blockchain technology and media companies go hand in hand during TechCrunch Disrupt; while the latest project ConsenSys is working with, The Civil Media Company, looks to create independent newsrooms in hopes of creating high-quality local, international, investigative and policy journalism.

Civil, the company hoping to take journalism on the blockchain, announced a partnership with industry giant Forbes on October 9 via a post on Civil’s Medium account.