Civil, the company hoping to take journalism on the blockchain, announced a partnership with industry giant Forbes on October 9 via a post on Civil’s Medium account. 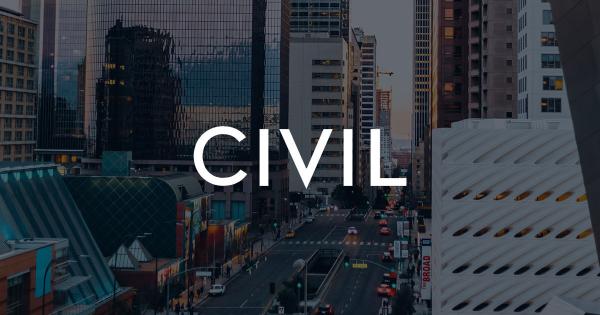 Photo by Justin Hamilton on Pexels

Civil, the company hoping to take journalism on the blockchain, announced a partnership with industry giant Forbes on Oct. 9 via a post on Civil’s Medium account.

“We’re pleased to announce a significant, new partner today—and one of the biggest endorsements yet for blockchain technology’s transformative potential for the media industry.”

The partnership makes Forbes the first major mainstream adopter of Civil’s new platform, according to the post, and Forbes has committed to producing regular journalistic content on Civil’s blockchain.

Forbes will reportedly begin publishing content on Civil’s platform by the first fiscal quarter of 2019, and will be listed in Civil’s online registry of newsrooms that have been vetted by its community, met the criteria listed in its constitution, and taken on as partners.

Coolidge’s post also notes that Forbes is “considering publishing all of its content to Civil’s decentralized network within the next 12 months.”

“We are relentlessly focused on rapid experimentation and implementation so that we can determine what’s in the best interest of our audience and what is next for our industry,” Salah Zalatimo, Senior Vice President of Product & Technology at Forbes, said in the official announcement.

What Forbes Will Publish on the Blockchain

According to the official announcement published by Civil, the data that Forbes will be publishing on their network is metadata, specifically, the metadata for its articles. That data includes the author’s identity, and Civil hopes to use immutable metadata as a means to establish and maintain journalistic credibility.

Once published, no one can change the article metadata, meaning Forbes is putting it out into the world with their vote of confidence for everyone to see. The announcement states:

“Publishing the metadata will indelibly establish the author’s identity and credibility, as well as the expert nature of participating sources. A Civil ‘badge’ will appear next to articles on Forbes.com signaling that the content has been inscribed into the blockchain and is published in accordance with Civil’s journalistic values, as detailed in the Civil Constitution.”

In addition to establishing author and source credibility, the arrangement opens up licensing and syndication possibilities for the future. It also allows reporters who write for Forbes to interact with Civil members, which could build trust in their audience by humanizing those journalists.

Smaller local and investigative news outlets around the United States have partnered with Civil, including the Colorado Sun, Hudson Valley’s The River, Sludge, and The Groundtruth Project. Civil’s protocol uses the CVL token, an ERC-20 token built on the Ethereum blockchain.

Joseph Lubin and Amanda Gutterman of ConsenSys explained how blockchain technology and media companies go hand in hand during TechCrunch Disrupt; while the latest project ConsenSys is working with, The Civil Media Company, looks to create independent newsrooms in hopes of creating high-quality local, international, investigative and policy journalism.