On April 5th, the Chilean National Energy Commission (CNE) announced that it had launched the nation’s first blockchain project. 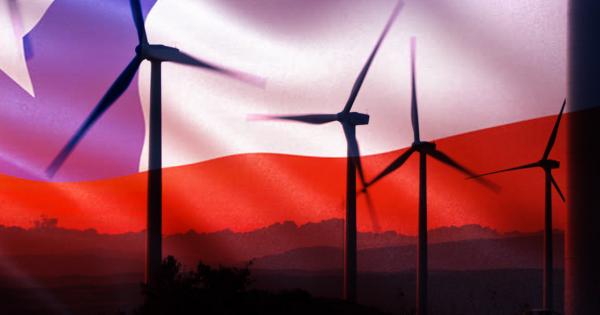 On April 5th, the Chilean National Energy Commission (CNE) announced that it had launched the nation’s first blockchain project. Originally teasing the project in February 2018, the commision said it wants to integrate average market prices, marginal costs, fuel prices, and compliance with the renewable energy law directly onto the blockchain.

In February, Chile announced that they were looking to improve the security of energy data by utilizing blockchain technology. Chile is among many countries experiencing problems with their energy data storage; the current system allows room for accounting errors, not all of which are honest mistakes.

A Lack of Transparency

Another recurrent problem is the distinct lack of transparency in the current system. They hope to combat this with blockchain technology allowing them to certify that the information they provide in the open data portal has not been altered or modified and they will be left with an unalterable record of its existence.

The executive secretary of the National Energy Commission of Chile, Andrés Romero announced:

“The National Energy Commission has decided to join this innovative technology and we have decided to use blockchain as a digital notary, which will allow us to certify that the information we provide in the open data portal has not been altered or modified and left an unalterable record of its existence,”

How the project will work

The pilot project is aimed at boosting the transparency, accuracy, and security of data relating to the nation’s energy sector.

After the software has been used to verify the data accuracy, the data will be hashed and then recorded using Ethereums blockchain. Members of the public will be able to access the data through one of several public GUIs.

The human element in the process means that the data is still vulnerable to human error (whether by mistake or on purpose).

However, its a step in the right direction for the distributed ledger technology, and provides an extra layer of transparency and security that previously was not there.

The ministry has high hopes for this pilot project, hoping that it will reduce the possibility of suffering hacks and data manipulation. According to Minister Jiménez,

“From the Ministry of Energy, we are interested in downloading this technology from a conceptual level to a specific case, understanding that it is considered by experts worldwide as the most disruptive technology of the last decade, and that be part of our day to day within the next few years. “

The reports that have been released suggest that Chile is very open to blockchain technology, it will be interesting to see if they look to implement this in other areas of the government.