At the Malta Blockchain Summit, Ethereum co-creator and IOHK CEO Charles Hoskinson spoke to CryptoSlate in an exclusive interview to share insights into his early days at Ethereum (ETH) and the work IOHK has done to develop Cardano (ADA) from scratch. 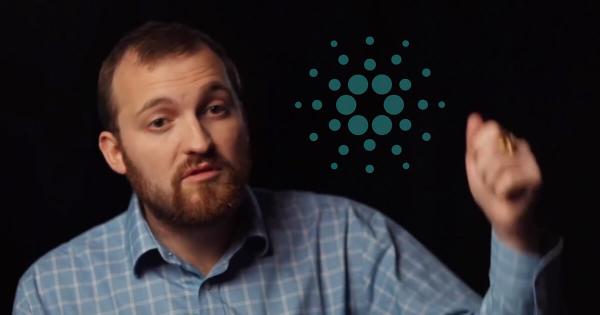 Photo by Arif Wahid on Unsplash

At the Malta Blockchain Summit, Ethereum co-creator and IOHK CEO Charles Hoskinson spoke to CryptoSlate in an exclusive interview to share insights into his early days at Ethereum (ETH) and the work IOHK has done to develop Cardano (ADA) from scratch.

In 2014, before the launch of ETH, the native cryptocurrency of the Ethereum network, Hoskinson left the project to create IOHK, a company that oversees the development of Cardano, the eighth-most valuable cryptocurrency in the global market with a valuation of $1.9 billion.

At the time, Hoskinson stated that the difference in opinion in regards to the technical roadmap of the Ethereum blockchain led to the creation of IOHK, as he split from Ethereum to develop a scientific and peer-reviewed blockchain project. Hoskinson said:

“A big difference of opinion [amongst founding members of Ethereum] and we went our different ways and that is okay. I started IOHK shortly thereafter and I’ve been running it for about four years now. We’ve grown from nothing to 160 employees in 16 countries and we’re a revenue-driven business with no venture capital. We only grow based on the volume of business”.

Difference Between Cardano and Ethereum

As the first multi-layer blockchain network, Cardano employs a system that allows users to utilize the first layer of the blockchain as a settlement layer for payments and the second layer as a control layer for smart contracts.

Through the utilization of Ouroboros, a unique peer-reviewed proof-of-stake (PoS) consensus algorithm, the multi-layer blockchain protocol of Cardano maximizes scalability and efficiency in processing information while neutralizing attacks such as selfish mining.

The core difference between the development of Ethereum and Cardano is that while the former focuses on establishing an open-source community to approach scaling with a variety of solutions, Cardano has a clear vision on how to scale the protocol to the point in which large-scale decentralized applications (dApps) and systems can use the blockchain to seamlessly transmit data. Hoskinson explained:

“Now it has reached a point where it needs a new consensus algorithm to be able to scale and achieve the next level and operate at a reasonable cost so that is what Casper is basically all about. We have our own vision of how to do that that is what Ouroboros is and it is a radically different way of executing that vision. Vitalik’s approach, what he did, is that he built an open-source team and just tried to things, one thing after another and kind of failed, and they are gradually trying to figure out exactly what they want to do and they converged to a vision and now they’re starting to formalize it.”

Since its inception, IOHK has set forth a long-term vision of creating a blockchain network from scratch with each layer supported by scientific research to build the most practical version of a distributed system possible.

As such, IOHK has employed an uncommon method of releasing a paper for every new component of the blockchain to ensure that the system can operate with the same level of security as proof-of-work and practicality of a network without miners.

Hoskinson noted that the majority of papers released by IOHK were submitted to conferences like CCS for peer-review, which are known to accept less than 10 percent of submissions. He emphasized the rarity to have several papers on the same thread, in this case, blockchain technology, to pass the peer-review process.

“We have written 6 to 7 papers now on that research thread and most of them are peer reviewed. They’ve gotten to major conferences like CCS which accept historically 10 to 15 percent of the papers that are submitted there. To get all three on a single research thread is about one in a thousand chance. It is really hard and we did that. We follow peer review process and it is much more federated.”

Throughout the years to come, IOHK and Cardano aim to continue publishing peer-reviewed papers to back the development of the blockchain and strengthen Cardano’s presence in rapidly growing markets like Japan and South Korea that have shown strong demand for the protocol.