Arthur Hayes, the CEO at BitMEX, a major Bitcoin exchange that gained popularity amongst professional traders with its sophisticated leverage trading engine, said that Bitcoin achieving $50,000 by the end of 2018 is still a possibility. 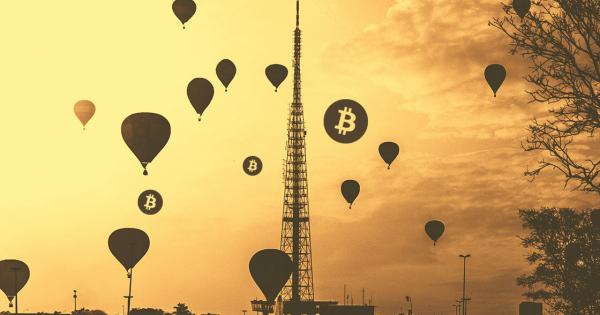 Photo by Alexandre Perotto on Unsplash

Arthur Hayes, the CEO at BitMEX, a major Bitcoin exchange that gained popularity amongst professional traders with its sophisticated leverage trading engine, said that Bitcoin achieving $50,000 by the end of 2018 is still a possibility.

Realistic View and Factors of Next Rally

In May 2018, during his first interview with CNBC on Fast Money, Hayes emphasized that as a bitcoin leverage trading platform, BitMEX records similar level of profits on the downside and upside of the cryptocurrency market. Hayes explained that a correction or drop in the valuation of the market does not affect the revenue of the exchange and therefore, it is not in the interest of Hayes to inflate his predictions on BTC and provide falsified expectations on the cryptocurrency market. According to Hayes:

“If it goes up, if it goes down, if you have Bill Gates calling it a fraud … Short it, I don’t care. If you think it’s going to be $1 million in a few months, great, buy it. I still don’t care. We just match trades”.

On June 30, in an interview with CNBC’s Seema Mody and Melissa Lee, Hayes reaffirmed his stance on bitcoin achieving a new all-time high by the end of 2018, at around the $50,000 region.

Hayes explained that as a highly volatile and young asset, bitcoin can go up and down 50 to 200% on a yearly basis. While the bottom of bitcoin in the 2018 correction could be in the range of $3,000 to $5,000, Hayes stated that the market is one regulatory decision away from gaining serious momentum.

But, Paul said that trusted custodian solutions will likely arrive by the fourth quarter of 2018, fueling the next mid-term rally of BTC.

In his interview with CNBC, Hayes echoed the sentiment of Paul and said that the approval of the US Securities and Exchange Commission (SEC) to enable an ETF or a publicly tradable instrument based on bitcoin to launch on a public stock market could lead the BTC to recover to $20,000 and eventually achieve $50,000. Hayes stated:

As of June 2018, two organizations are actively cooperating with the SEC to launch a bitcoin ETF in the US financial market. The Winklevoss twins, who operate a major cryptocurrency exchange in the US called Gemini, and SolidX is working to obtain the approval of the SEC to trade bitcoin ETFs in the market.

In early June, SolidX hired Van Eck Associates Corp, an investment management firm headquartered in New York, to streamline the process of getting its bitcoin ETF approved by the US SEC. Given the experience of Van Eck in launching more than 70 exchange-traded products, ETF specialist Eric Balchunas said that the involvement of VanEck is expected to ease the process of introducing the first bitcoin ETF to the market. Balchunas asserted:

“While I’m still skeptical a Bitcoin ETP gets approved in any form this year, you gotta be in it to win it, and this extra hustle from VanEck could pay off down the road.”

Given the conditions of the market and the overly strong downtrend of major digital assets, it is likely that bitcoin continues to drop until it finds a stable bottom in the $4,000 to $5,000 range. But, as Hayes emphasized, a regulatory breakthrough such as an approval by the SEC to introduce a bitcoin ETF, could trigger the price of BTC to achieve a new all-time high within the next five months.