Bitfinex carried out the transaction using the newly implemented EIP-1559 upgrade that was designed to push the gas fees of the network lower. 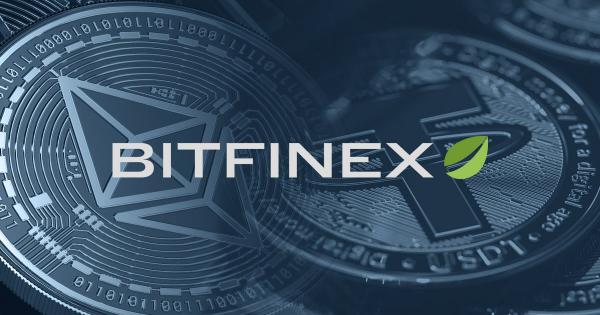 According to available data on Etherscan, Bitfinex paid 7,676.6 Ethereum (worth $23.3 million) to move just $100,000 worth of USDT to DeversiFi’s wallet, a decentralized exchange related to it.

Speaking on the transaction, a DeversiFi spokesperson confirmed the outrageous gas fee in his statement. According to the representative, “At 11:10 UTC on the 27th September, a deposit transaction was made using a hardware wallet from the main DeversiFi user interface with an erroneously high gas fee.”

The DEX revealed that it was investigating the cause of the error and that the funds of its users remained safe despite the cause for concern.

Interestingly, Bitfinex carried out the transaction using the newly implemented EIP-1559 upgrade that was designed to push the gas fees of the network lower.

Many crypto enthusiasts had hitherto complained of the high gas fees associated with the second largest crypto asset’s blockchain which led to the upgrade.

Since the upgrade, the network has enjoyed more predictable base transaction fees, thus, this high gas fee is a freak occurrence.

Available information also reveals that the transaction was mined by an unknown Ethereum miner who is among the top 10 miners by lock in the last week.

Members of the crypto community have begun to react to the announcement by the DEX. One Twitter user with the username @Tygas said it was probably the work of a hacker. While another Twitter user claimed the transaction was “suspicious.”

Seems like hacker was able to make a transaction with custom fees, but was not able to own it as you can only send to whitelisted address