In the past 24 hours, the Bitcoin price increased from $9,550 to $10,400 in a short term trend reversal following several days of intense pullback. The decline in BTC trading volume with the rest of the cryptocurrency market may demonstrate a lack of decisive movement, but may also indicate that heightened sell pressure has started to […] 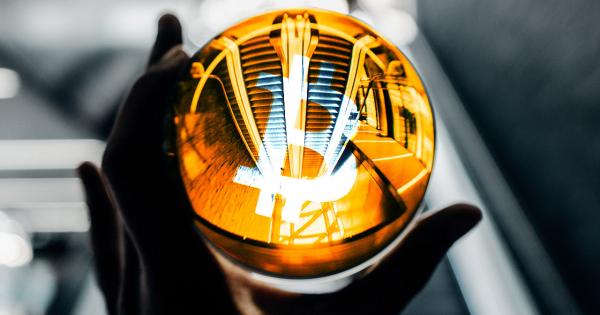 In the past 24 hours, the Bitcoin price increased from $9,550 to $10,400 in a short term trend reversal following several days of intense pullback. The decline in BTC trading volume with the rest of the cryptocurrency market may demonstrate a lack of decisive movement, but may also indicate that heightened sell pressure has started to drop.

From July 20 to July 28, the Bitcoin price experienced a steep pullback from $11,000 to $9,150 as bears pushed through with high sell pressure supplemented with large daily volume. Throughout the past three days, the volume of the global market has subsided as the “real 10” exchange volume of the dominant cryptocurrency fell to $1 billion.

Four major fundamental factors that sway the Bitcoin price are considered to be block reward halving, network figures such as transaction volume, hash rate, and developer activity in the open source community of bitcoin.

Efforts of major companies in the cryptocurrency sector continue to expand, with companies offering a wider range of services to strengthen the infrastructure supporting BTC. These features are often overlooked as a contributing factor for positive price development.

However, in recent weeks, despite the pullback of Bitcoin from $14,000 to below $10,000, a level which many analysts consider to be an important psychological level, leading firms in the likes of Kraken and Blockchain Inc. have expanded aggressively.

Blockchain Inc., the largest wallet service provider in the cryptocurrency market, formally announced the launch of a cryptocurrency exchange called The Pit with more than 100 employees as a part of the team.

“We assembled a stealth team and laid out our ambitions. Then we got to work. Today, nearly 100 talented people are working to launch The PIT, hailing from top firms like NYSE, TD Ameritrade, Google, Goldman Sachs, UBS, Interactive Brokers, and Revolut,” said Blockchain CEO Peter Smith.

Changpeng Zhao, the CEO of Binance, also stated that the exchange, acknowledged as the biggest cryptocurrency trading platform in daily volume, alongside BitMEX, is actively expanding during a period that could be described as slow based on the decline in volume since June.

The expansion of leading companies in the cryptocurrency sector suggests that the confidence of industry executives in the medium to long term growth trend of the market has increased.

Significant improvements in the cryptocurrency sector in regards to infrastructure and regulation are not likely to have any imminent impact on the price trend of major cryptocurrencies. But, it could serve as reassurance for investors in the market.

The dominance index of Bitcoin, which measures the asset’s market share, has consistently increased throughout July to 66 percent, a monthly high.

Despite Bitcoin’s five percent daily gain, major digital assets like Ethereum, Bitcoin Cash, Litecoin and XRP are posting lackluster performance against the dollar while suffering in terms of satoshis.