A massive crypto whale has moved 142,323 BTC on July 29, causing a stir in the crypto community on Twitter. 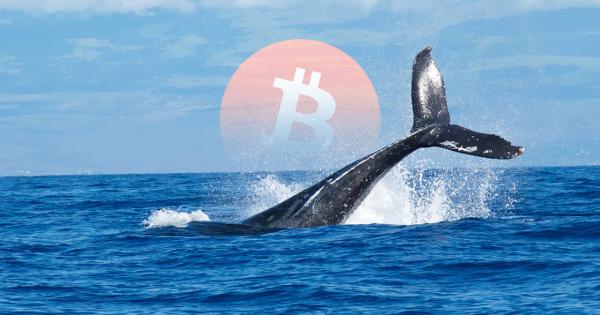 A massive crypto whale has moved 142,323 BTC on July 29, causing a stir in the crypto community on Twitter. With more than $1.3 billion moved, further investigation showed that the whale was most likely Xapo, a crypto wallet recently acquired by Coinbase.

The crypto market has entered a period of consolidation after most cryptocurrencies have spent the better part of June in the green. And while some of the largest coins have been showing signs of recovery, the prolonged consolidation has put the crypto community on edge. Everyone has been keeping a close eye on some of the largest crypto whales, waiting to see whether any of them move their funds in anticipation of a market drop.

A massive stir was caused when it was noticed that a massive whale moved 142,323 BTC on July 29. First shared on Twitter by Larry Cermak, the director of research at The Block, the news spread like wildfire leaving many users to wonder what might be the cause of the move.

Did anyone else notice that a massive whale (likely not an exchange) moved 142,323 BTC yesterday (approximately 12 hours ago). That's more than $1.3 billion and approximately 0.8% of all bitcoin.

At current market prices, the transaction was worth well over $1.3 billion and represented approximately 0.8 percent of all BTC in circulation. The transaction also didn’t look like it was made by an exchange, which led many to believe that such a large amount of bitcoin could have only been moved by Satoshi Nakamoto himself.

Wallet provider Xapo most likely behind the transaction

Another transaction of around 50,000 BTC was also discovered to be related, even though it happened several hours earlier. That means that just under 200,000 BTC was moved in a single day.

Further investigation revealed that Xapo, a crypto wallet provider whose bitcoin custody business was acquired by Coinbase earlier this year, was most likely behind the transaction.

It appears that this could be Xapo moving their bitcoins since they were involved in one of the transactionshttps://t.co/rFYOtWDr1X pic.twitter.com/Ezttd6l6pM

According to Su Zhu, the CEO of Three Arrows Capital, Xapo has around 700,000 BTC in custody and the transaction is most likely related to Coinbase’s acquisition of the company’s custody business.

Many users pointed out that a “good chunk” of those bitcoins haven’t been moved at least since 2016, with a large part of the funds lying dormant since 2015. This led to many questioning what was the company up to — some speculated that Xapo was just emptying their custody accounts as the Coinbase acquisition finalized, while others said it should be a cause for concern as some of those bitcoins could end up as a market-moving sell order.