Coming in the lead-up to the September 23rd launch of Bakkt’s BTC futures contract, Bitcoin’s explosive Labor Day rally seems to have revived sentiment amongst the bulls. A number of factors suggest the largest cryptocurrency by market capitalization could make lower lows before making its much-awaited parabolic advance, however.

While the move was one of August’s largest intraday advances, it took form as a large gap on the Chicago Mercantile Exchange (CME) futures market during closing hours, crypto analyst Alex Kruger reported.

Gaps are imbalances created in the market and, at their most basic form, represent a large mismatch between the number of buy and sell orders that have been filled. In the case of September 2nd, a chasmic demand (buy) imbalance on the CME futures book was created by the large rally in the BTC spot market, occurring during CME’s closing hours.

All markets, futures included, tend to rebalance orders and fill these gaps. On the 25th of August, a similar gap occurred during the CME close and rebalanced nearly immediately after the market’s open, causing BTC to spike up nearly $900 in hours.

While BTC’s September 2nd gap would indicate the market may want to return below $10,000 to rebalance, or even push lower, it must be said gaps are not always filled in a timely fashion—or filled at all.

Other factors, however, may support the case for downward pressure in the market.

Published every Friday by the U.S. Commodities Futures Trading Commission, the Commitment of Traders (COT) report lists the positions of all participants in the futures markets, CME’s BTC contract included.

The most recent report reveals that the number of institutional traders, listed as “non-commercial,” hold significantly more short contracts than long, at 3,470 to 2,285.

Open interest also suggests the market could be placed to decline in the near future. Traditionally, rising price seen alongside a decline in open interest indicates short-sellers are closing their positions and leaving the market—bearish conditions on both counts.

While Bakkt is anticipated to create newfound demand for Bitcoin as institutions settle their futures contracts on-chain at the end of each trading day, a number of analysts have anticipated a shakeout to predate the September 23 launch. 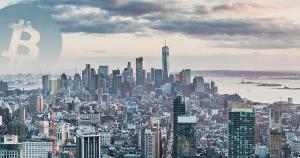 Like what you see? Get more bitcoin futures news in your inbox

Bakkt is a new company of NYSE-operator InterContinental Exchange (ICE) designed to bring digital assets to the mainstream and help unlock the potential of this important technology. Bakkt is designed to enable consumers and institutions to seamlessly buy, sell, store and spend digital assets. Learn More ➛