This is either ‘denial’ or ‘complacency,’ depending on whom you ask. 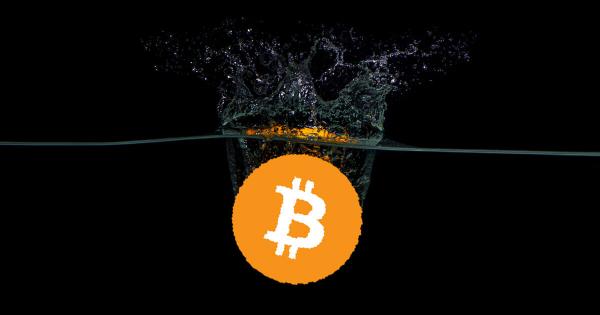 The sentiment is arguably bearish, as the dumps come off the back of nation-states moving to adopt the asset and analytics provider MicroStrategy announcing a $400 million private note round to acquire even more Bitcoin.

The weekend saw El Salvador president Nayib Bukele say the country is looking to adopt Bitcoin as ‘legal tender’ and will soon float an official proposal to local Congress. Then, in a tweet, Bukele said there will be no capital taxes on Bitcoin gains and that all ‘crypto entrepreneurs’ will be given permanent residencies.

1. Great weather, world class surfing beaches, beach front properties for sale.
2. One of the few countries in the world with no property tax.
3. No capital gains tax for #Bitcoin, since it will be a legal currency.
4. Immediate permanent residence for crypto entrepreneurs. https://t.co/j3eugJQCMd

Other Central American leaders soon joined in that chorus. This morning then saw a Panama official chime in with his own thoughts, proposing legislation for Bitcoin in the country.

A politician in Panama is now tweeting his intention to propose legislation for the country to embrace bitcoin and cryptocurrencies.

El Salvador’s announcement has led to an avalanche of other countries indicating support for this new digital, decentralized world.

South American officials aren’t far behind. Just yesterday, Paraguay’s National Congress member, Carlitos Rejala said Bitcoin would go ‘to the moon’ and the country would need to go “hand-in-hand with the new generation” to keep up.

“We start this week with a valuable project that will renew Paraguay in front of the world,” said Rejala on Twitter, adding “to the moon #btc & #paypal” to the end of his announcement.

Market reacts the other way

Data shows Bitcoin fell $3,000 this morning to as low as $32,220. It has since recovered to $33,171 as of press time, but trades well below the 34-period moving average—a well-known tool used by traders that uses the average of recent prices to determine market trends.

Bitcoin had earlier failed to break the $36,000 ‘resistance’ level. Its market cap has additionally dropped by a staggering $600 billion as result (it was well over $1.2 trillion in April 2021).

Meanwhile, there were tears for some traders. Data from analytics tool Bybt shows $433 million worth of Bitcoin traders were ‘liquidated’ in the past 12 hours alone, with over $1 billion in futures liquidations across the entire crypto market.