The tiny country wants to recognize Bitcoin as ‘legal tender.’ And there’s some more perks for those looking to move. 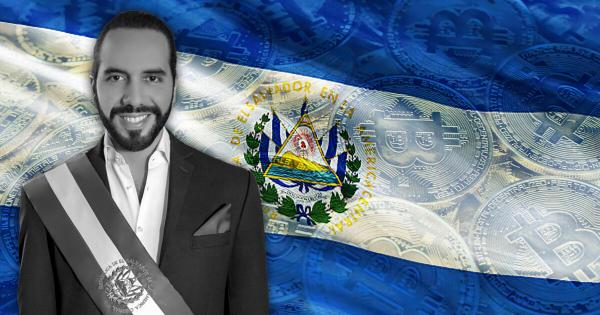 El Salvador president Nayib Bukele said in a tweet last night that investors will pay no capital taxes on Bitcoin gains, a day after announcing the asset could soon be ‘legal tender’ in the country.

“No capital gains tax for Bitcoin, since it will be a legal currency,” Bukele said, responding to a tweet by Tron founder Justin Sun about crypto investors moving to the country en masse.

El Salvador is a small nation in South America, known mainly for its coffee, tourism, and manufacturing industry. The past weekend, however, saw president Bukele publicly announce his intention to float a Bitcoin-friendly bill to Congress, one that sees the world’s largest cryptocurrency (by market cap) become ‘legal tender’ in the country.

But that’s not all. As per Bukele’s tweet, those interested in moving to the country can expect a bunch of other benefits. “Great weather, world-class surfing beaches, beachfront properties for sale. One of the few countries in the world with no property tax. No capital gains tax for Bitcoin, since it will be a legal currency. Immediate permanent residence for crypto entrepreneurs,” the president revealed in his tweet.

1. Great weather, world class surfing beaches, beach front properties for sale.
2. One of the few countries in the world with no property tax.
3. No capital gains tax for #Bitcoin, since it will be a legal currency.
4. Immediate permanent residence for crypto entrepreneurs. https://t.co/j3eugJQCMd

For the uninitiated, legal tender is any coin or banknote that can be accepted if offered in payment of a debt in a country. This is different from real estate or personal assets (they can’t be legally exchanged for goods and services).

Bitcoin, so far, has existed either as illegal magic internet money or as ‘property’ in the eyes of most jurisdictions. No country has accepted the currency as legal tender, but El Salvador could soon change that.

Meanwhile, the El Salvador president hopes to introduce Bitcoin in a big way in the country, starting with phasing out middlemen. “A big chunk of those 6 billion dollars (roughly Rs. 43,680 crores) is lost to intermediaries. By using Bitcoin, the amount received by more than a million low-income families will increase to the equivalent of billions of dollars every year,” he said yesterday.