Bitcoin difficulty dropping isn’t all that positive as many claim, as seen in Dec 2018 Joseph Young · 3 years ago · 2 min read
This article is more than 2 years old...
News › Bitcoin › Analysis

The difficulty of mining Bitcoin has dropped by more than 10 percent for the fifth time in the asset’s history. 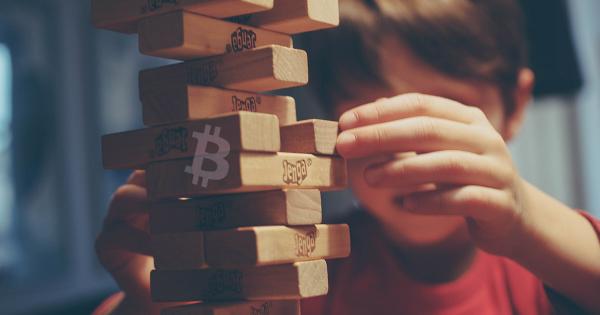 The difficulty of mining Bitcoin has dropped by more than 10 percent for the fifth time in the asset’s history. It previously marked the bottom of BTC, but not every time.

In the first week of December 2018, the difficulty of Bitcoin mining dropped by 15.13 percent. Yet, BTC did not recover until four months after the major difficulty adjustment was made.

It typically marks Bitcoin bottoms, but not all the time

A major drop in Bitcoin mining difficulty often marks the bottom of a bear cycle because it suggests that some investors and miners are beginning to capitulate.

When the hash rate of the Bitcoin blockchain network abruptly drops, the protocol adjusts to reduce the computing power required to mine BTC.

The hash rate of Bitcoin drops when the network sees a lower number of miners in the ecosystem mining BTC blocks and verifying transactions.

Miners, especially small miners or mining centers, often tend to pause their operations when the price of BTC falls substantially below the breakeven price of mining.

Large mining centers can afford to continue mining the cryptocurrency at a loss, as big miners have a tendency to save up a cash reserve to last for many months at a time.

Sizable mining operations are often ran with long-term contracts with electricity providers, and that makes it more difficult for large miners to abruptly close down their operations as a short-term play.

When investors and small capitulate with peak fear in the market, the Bitcoin price tends to rebound. But, that was not the case in 2018.

In late 2018, there were several difficulty adjustments before the price of BTC began to rebound, and it took more than four months after the initial 15.13 percent drop in mining difficulty for Bitcoin to demonstrate an extended rally.

What will happen to BTC in the upcoming months?

The first half of 2020 is expected to be a challenging period for miners because of the heightened level of uncertainty in the cryptocurrency market amidst an expanding global pandemic.

The coronavirus outbreak and its negative effect on the global economy has coincided with the highly anticipated block reward halving of Bitcoin.

Previous bear market cycles of Bitcoin were solely dependent on the trend of the cryptocurrency market. However, the recent correction, as seen in the correlation between the Bitcoin price and the U.S. stock market, has been largely impacted by the declining sentiment of investors for high-risk assets in the broader financial market.

The 10% mining difficulty adjustment indicates that Bitcoin is moving closer to its bottom. Based on historical data, the bottoming out phase could last up to five months of accumulation at a low price range.

“Bitcoin difficulty adjustments alter the difficulty of miners finding blocks. They occur every 2 weeks. There have been 4 instances where an adjustment has been -10% or lower. Thursday is the next adjustment. Its estimated to be -10.2%. Market bottom?”

Hence, while small miners have started to halt their operations, there is still a possibility that a worse scenario is left to come.

As a Bitcoin whale warned, BTC has rarely recovered from a capitulation-esque correction without months of accumulation with low volatility.