A prominent trader known as PentarhUdi accurately called the drop from $10,000 to sub-$6,000 and has called many full Bitcoin market cycles in the past several years, believes BTC is headed to up to $8,500. 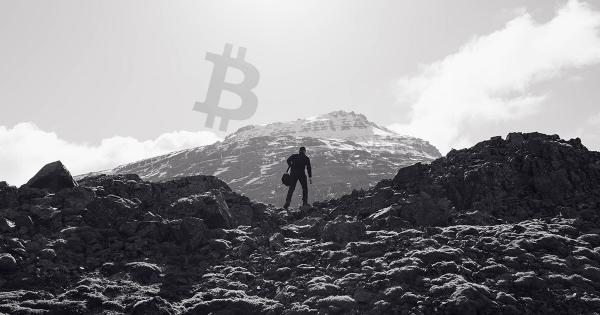 A prominent trader known as PentarhUdi accurately called the drop from $10,000 to sub-$6,000 and has called many full Bitcoin market cycles in the past several years, believes BTC is headed to up to $8,500.

When the Bitcoin price initially hit $5,200, the trader said that the dominant cryptocurrency is likely to move towards the 200-day simple moving average (SMA), found above $8,000.

In the past 24 hours, the Bitcoin price has surged by more than 15 percent against the USD following the Federal Reserve’s decision to essentially carry out unlimited quantitative easing (QE).

The Fed said that it will not hold back in acquiring U.S. government bonds and mortgage-backed securities. The Dow futures indicate an upsurge of over 800 points at open, as the stimuli from the Fed alleviates pressure from equities.

On March 19, when the Bitcoin price was still trading below $6,000, Pentarhudi predicted that the price of BTC should recover to up to $8,500 after touching the weekly 200 simple moving average at $5,200.

The Bitcoin price was expected to see a firm rebound after reclaiming the $5,200 support, and the macro trend of the broader financial market led to increased sentiment towards cryptocurrencies.

“This should bounce up from weekly sma 200 (~5200) up to daily sma 200 (~8500). Break up of upper trend line invalidates this bearish count. I remind this is hypothetical bearish outcome of previous published ideas.”

On February 10, when the Bitcoin price was just hovering above $10,000, Pentarhudi said that a pullback to $5,800 is the logical next target given the historical cycle of Bitcoin. The move to the downside was overextended as panic ensued in the global financial market.

“If this idea is correct, price should fall from current levels down to weekly MA 200 in term of 1-3 months. Breaking upper bold red line (now or later) will open door to long bull run. Price is long-term bullish while it stays above weekly MA 200.”

In the short-term, both equities and Bitcoin are anticipated to experience a strong recovery as a result of large stimulus packages coming out of the U.S. and Europe.

In a bearish scenario, Pentarhudi said that he expects the Bitcoin price to see a new bottom below $3,000 if it rejects $8,500.

The technical analysis of the trader matches the fundamental analysis of high-profile investors like Chris Burniske, who have suggested that Bitcoin is facing a rougher year in 2020 than in 2015.

“For many reasons, 2020 is rougher than 2015. And let’s face it, the world has bigger problems than #bitcoin’s bottom at the moment. But the next really strong support I see is our last bottom (low $3000s). Futures were offered around there in size last Thursday, and if there’s more bad news for the world ahead (there is), BTC is unlikely to be spared.”

Since the Bitcoin price dropped to $3,600, a large portion of the cryptocurrency market’s volume moved from futures exchanges to the spot market. After this shift, resilience in the price of Bitcoin increased.