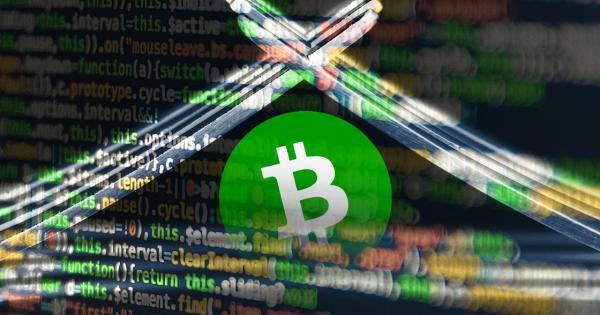 A bug was reportedly exploited on Bitcoin Cash during a scheduled hardfork upgrade of the protocol. For an hour and a half transactions went unprocessed, causing fees to skyrocket. A source familiar with the project says the exploit “looks like a timed attack,” while other rumors are circulating that the “attacker” placed a 180,000 BCH short on Bitfinex and used the exploit to influence the price.

At 14:49 UTC, a bug was exploited on one version of the Bitcoin Cash client amidst the protocol’s semi-annual hardfork upgrade, according to BitMEX Research. Multiple sources suggest the bug was orchestrated by an attacker.

The bug reportedly caused empty blocks to be included on the Bitcoin Cash blockchain, causing fees to skyrocket as users upped their paid fees in an attempt to include their transactions. At its peak, some transaction fees were over 250 times the median; the network was crippled for an hour and a half.

BitMEX reported that there was a “non consensus re-org,” which is when one consecutive series of blocks replaces a previously valid series on a blockchain. The research group also observed a “chainsplit” of the network as the blockchain jumped from block number 582,682 to 582,695.

There are rumors that the attacker(s) behind the exploit “borrowed 180,000 BCH to try and short” the coin on Bitfinex. An unverified source suggested the exploit was meant to push the price downward in an attempt to profit.

At 16:26 UTC normal operation of the network resumed and pending transactions were successfully processed by miners