Bitcoin network about to charge its billionth-dollar in transaction fees

The Bitcoin network is approaching its billionth dollar charged in cumulative transaction fees—a threshold due to be broken nearly 10 years after the creation of the original cryptocurrency. 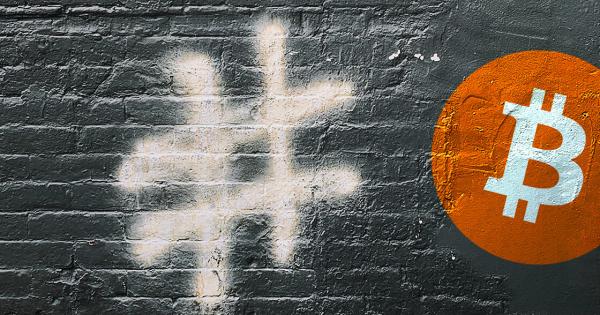 The Bitcoin network is approaching its billionth dollar charged in cumulative transaction fees—a threshold due to be broken nearly 10 years after the creation of the original cryptocurrency.

The revelation came in a tweet Tuesday by Nic Carter, who expects the network will surpass $1 billion in total cumulative fees this fall based on data obtained from CoinMetrics Network Data Pro.

So Bitcoin is nearing its billionth dollar charged in transaction fees. It should cross the threshold this fall pic.twitter.com/4qeegCinCd

As of July 28th, the Bitcoin network had amassed $955,797,817 in cumulative fees from more than 439 million transactions, having facilitated the transfer of approximately $1.9T worth of BTC since the original 2009 genesis block.

To many, the milestone will come as a definitive indicator of Bitcoin’s continued adoption as a peer-to-peer electronic payments system and a compelling blow to the age-old criticism that the network is doomed by the cost of its transactions.

Bitcoin transaction fees have in fact declined convincingly since their peak of $55.16 during 2017’s bull market—a statistic later weaponized by prominent crypto skeptic Nouriel Roubini in his characterization of Bitcoin as a Ponzi scheme.

This narrative appears have lost clout after incremental reductions in fees—most probably on account of increased adoption in scaling solutions such as Segregated Witness (SegWit)—as well as the significant base layer volumes transmitted via BTC, which last year at $1.3T outstripped that of PayPal.

Fees: low or high, depending on the yardstick

Now, BTC proponents tend to hold up the relatively low costs of large BTC transfers as a victory over the coin’s supposed competitors.

Cost to move $450 million worth of Bitcoin: less than $400 in network fees, no permission needed, no middleman.

Cost to move $450 million in fiat: thousands of dollars in fees, banks needing to sign off on the transaction, multiple check points.

Crypto is the future of finance. https://t.co/Dez01mpPb3

Wednesday’s inordinately large BTC transfer of nearly $1.3B, for example, consumed $1321 in transaction fees, where if it had been sent via TransferWise in $1M lots (the maximum volume allowance per transaction) the same $1.3B sum would have cost roughly $4.7M to send.

Yet when it comes to Bitcoin’s utility for micropayments—a subject that has for years divided cryptocurrency advocates over the coin’s intended utility—current average fees have been known to pose a barrier to mass adoption.

At $1.79 per transaction charged at the time of press, Bitcoin’s average fee would be a considerable deterrent to using BTC for small, mundane payments.

Much hope has been placed in the Lightning Network as a means of reducing fees, however, despite steady growth, the second-layer scaling solution currently processes less than 0.1% of BTC transactions in terms of estimated daily transaction value in USD.