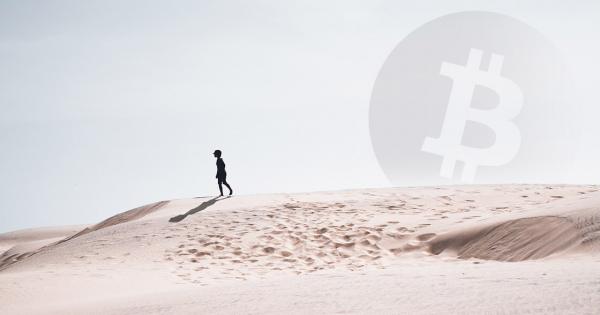 If investors listened to the advice of Roubini in 2013, they would have lost out on a 108x times return on investment, as the price of Bitcoin has increased from $58 to around $6,300.

Over the past 72 hours, Roubini has continued to make several incorrect claims about crypto and public blockchain networks like Bitcoin and Ethereum.

As I poke fun of these crypto crazies and lunatics they all come out of their shitcoin filled cesspools and hurl nasty insults against me 24/7. So I block them all. And 99% of them are angry white males who are totals life losers. Proves my point on crypto as right wing nuttery

Subsequent to mischaracterizing Bitcoin as a Ponzi scheme by claiming the transaction fee is $55–when it is, in fact, $0.06 according to Blockchain.info–Roubini bizarrely claimed that Ethereum is a pre-mine scam because it allowed Vitalik Buterin, a co-creator of Ethereum, to become a billionaire.

“Vitalik Buterin was the ringleader – together with Joe Lubin – of the criminal pre-mining sale/scam that created Ether. They stole 75% of the Ether supply and became instant “millionaires” of fake wealth.”

In response, Buterin emphasized that he had never held more than 0.9 percent of Ethereum’s supply.

Roubini may have confidence for being one of a handful of people to predict the 2008 financial crisis in 2005–but he has equally been incorrect in regards to cryptocurrency. Buterin mentions this in a tweet:

I officially predict a financial crisis some time between now and 2021.

Not because I have any special knowledge or even actually think that, but so that I can have a ~25% (or whatever) chance of later being publicly acclaimed as "a guru who predicted the last financial crisis".

Nouriel also stated that cryptocurrencies are printed out of nowhere without any cost and effort, which directly undermines and contradicts his point on the high fee of the Bitcoin network. Because mining is a process that is required in verifying transactions, if cryptocurrencies can be generated out of thin air, then transactions should be able to be processed without costs and energy.

“Crypto was created by a bunch of greedy kids, that make Gordon Gecko look like a saint, pretending to save the world & end poverty. But all they want is to make money literally out of nowhere. Printing shitcoins out of fiat & finding enuf suckers to buy it. Total Hypocrites!”

Some of the claims Nouriel offered such as his condemnation of the shady practices implemented by a small portion of the sector are justified. Most recently, Yobit, one of the oldest cryptocurrency exchanges in the global market, was heavily criticized by the industry by initiating a “pump timer” to publicly engage in pump and dump cryptocurrency schemes.

However, Nouriel alleged that Coinbase and other leading exchanges have been charging extreme fees to stay afloat, which is an absurd claim to make after Coinbase reportedly secured a $500 million funding round at a valuation of $8 billion.

“The only way Coinbase & other exchanges can still make some profits after losing 80% of business is by robbing their clients with hidden fees, wide bid-ask spreads, 2% fees 4 Instit & trading against them as front-running, insider trading & other shady practices are widespread.”

Moreover, in regions like Japan and South Korea, large-scale conglomerates and institutions have started to acquire and take over cryptocurrency exchanges.

To date, none of the exchanges in the two countries backed and operated by leading multi-billion dollar corporations such as Kakao’s Upbit, Shinhan Bank’s Gopax, and SK’s Korbit have endured a security breach or a hacking attack.

Public blockchain projects can still improve on governance and decentralized development, as seen in the efforts of Cardano and Ethereum co-creator Charles Hoskinson. Exchanges can also massively improve security measures and investor protection.

But, offering false information about the crypto sector and unjustifiably degrade the industry does not benefit anyone within and outside the crypto and blockchain space.