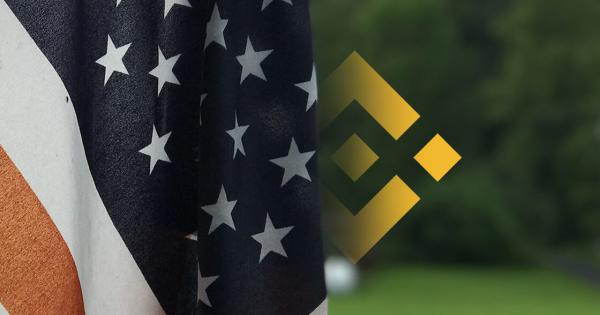 Binance US, an independent entity closely tied to Binance, recently unveiled the list of cryptocurrencies under consideration for its bold U.S. exchange expansion. The move is likely part of an aggressive strategy to crush its largest competitor—Coinbase—at what it does best: regulatory compliance.

On June 14, Binance announced it would block customers in the United States from trading on the platform. According to CEO Changpeng Zhao, the move was made because “short term pain is necessary for long term gains.”

The exchange further elaborated that users would have 90 days to adopt the new terms. American customers who do not comply with the new terms of service by Sept. 12 would be unable to make deposits or trade on Binance.com (withdrawals would still be permitted).

The move sent shockwaves through the crypto-sphere. Considering Binance is the largest exchange by trading volume, and that an estimated 20 percent of the exchange’s traffic comes from the United States, hundreds of niche crypto assets would become much harder to buy and sell—destroying altcoin liquidity.

Announcing the launch of Binance.US

In addition to the announcement that trading would halt for customers in the United States, Binance announced a bold move to launch Binance US compliant with more stringent American regulations. By working with BAM Trading Services, Binance would form a new U.S. based firm that would comply with FinCEN, anti-money laundering (AML), and countering finance terrorism (CFT) regulations, among others.

Binance US licenses Binance’s wallet and matching engine technologies. The firm is operated and run by BAM Trading Services, with the exchange emphasizing that Binance US is an independent entity and not a subsidiary of Binance.

Binance’s pre-emptive move to follow U.S. regulations was met with considerable speculation. Considering that the exchange’s business model thus far has largely been regulatory arbitrage, the move came as a surprise to pundits.

Binance has been known to effectively engage in a behavior known as “regulatory arbitrage,” a practice where a firm capitalizes on loopholes in the regulatory system to circumvent unfavorable regulations.

The exchange also engages in a number of other strategies to minimize the leverage regulators have over the company. Sources working at the company say they are encouraged to keep their involvement with Binance secret. The exchange keeps its assets almost exclusively in cryptocurrency, eliminating the need for government-watched custodians. Even Changpeng Zhao himself is known to hop from country to country every few weeks to limit his personal risks and obfuscate his whereabouts.

As a result, it’s unclear which government even has jurisdiction over Binance, if any.

Yet, in a move that came as a surprise to many, Binance is voluntarily choosing to adhere to U.S. regulations. Publicly, Binance was vague about the reasons for the decisions, citing that the exchange had some responsibility in screening users against scammy projects. In the Binance.US announcement, it was stated:

“Binance US has both legal obligations and moral duties to shield our users from fraudulent blockchain projects and combat financial crimes.”

More importantly, it seems Binance is strategically choosing to voluntarily engage in “full regulatory compliance.” As stated by Changpeng Zhao:

“We are excited to finally launch Binance.US and bring the security, speed, and liquidity of Binance.com to North America. Binance.US will be led by our local partner BAM and will serve the U.S. market in full regulatory compliance.” [emphasis added]

Binance is the leading exchange in terms of initial exchange offerings (IEOs). Many of these projects are also based in lightly regulated jurisdictions. Meanwhile, Binance is setting records for investor engagement by ensuring that sales are oversubscribed, allowing those who participate to flip IEOs for short-term profits.

Instead, the real motivations for Binance.US could instead be to mitigate future regulatory scrutiny from U.S. regulators. For example, Bitfinex is currently being lambasted by the New York attorney general for co-mingling business and customer funds and for allegedly losing $850 million in cash. As a result, the attorney general mandated that Bitfinex cannot serve customers in New York, one of the exchange’s major trading hubs. And, as the case is resolved even more stringent restrictions and penalties may be imposed.

For Binance, getting ahead of these regulations could further cement the exchange’s lead as the dominant cryptocurrency trading platform. At the moment, exchanges such as Coinbase and Bittrex are positioning themselves as ‘conservative,’ low-risk exchanges which are willing to spend enormous amounts of money on American regulatory compliance. Considering the bulk of the world’s crypto is traded in the United States this is highly relevant.

Exchanges based in the United States falling behind

However, as an overall trend, U.S. exchanges are falling behind their international counterparts and the reason seems to be the high cost of compliance. Just two years ago U.S. exchanges accounted for roughly 65 percent of trading volume. Today, it’s under 20 percent, with Binance largely absorbing this lost market share.

Now, by leveraging its full weight Binance can even compete on this dimension. Binance can leverage a fully-regulated U.S. exchange to crush its competition and continue to absorb market share.

But, U.S. exchanges will inevitably put up a fight. Coinbase has been aggressively listing new assets to expand its reach and siphon trading volume away from Binance—which has thus far dominated the altcoin market by the breadth of crypto-assets and pairs offered.

To facilitate the transition, Binance published a “Digital Asset Risk Assessment Framework” to minimize legal risks for its Binance U.S. (and to supposedly protect investors). The framework is similar to Coinbase’s digital asset framework and uses the following criteria:

So far, the exchange announced it is considering 30 assets of the roughly 150 listed on Binance.com, which is 20 percent of all assets listed on the exchange.

The list includes standard assets such as Bitcoin, Ethereum, Ripple, and Litecoin. Many of the choices such as Chainlink, Stellar, and Decentraland mirror Coinbase’s offerings. And, some of the offerings are more novel, such as Holo, Cosmos, and Binance Coin.

In two short years, Binance has come to dominate the crypto exchange landscape while growing into a multi-billion-dollar company. Binance.US is part of the exchange’s aggressive and shrewd expanded service offerings. How Changpeng Zhao’s play in the United States unfolds will move the markets and change the future of the industry.

Updated at 9:43 pm Pacific time: Binance reached out to CryptoSlate with a few clarifications that we have updated in the article, including: