In a recent briefing held by the United States Secretary of the Treasury Steven Mnuchin, the United States government revealed its stance on cryptocurrencies and the efforts it will carry upon to regulate Bitcoin because of its use in criminal activity and the threat it poses to the financial system. 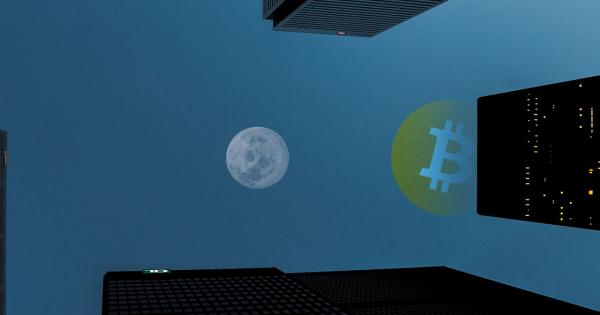 In a recent briefing held by the U.S. Secretary of the Treasury Steven Mnuchin, the U.S. government revealed its stance on cryptocurrencies and the efforts it will carry upon to regulate Bitcoin because of its use in criminal activity and the threat it poses to the financial system.

“This is indeed a national security issue,” Sec. Mnuchin said on the need for more regulation in the crypto space. “We will not allow digital asset service providers to operate in the shadows.” https://t.co/03CEzStDZE pic.twitter.com/zykiOLkm96

Yet BTC surged 4.5 percent after the statements were made by the U.S. government official, which according to the head analyst at Fundstrat Global Thomas Lee, could be a sign of confidence about the underlying fundamentals behind BTC that allow it to function in a decentralized way without the need of regulatory oversight.

Bitcoin seems comfortable with statements made by #Mnuchin regarding Crypto and KYC/AML.

– White House wants fair ground rules but does not seem intent on further action at this time.

Although the news comes at a time when  Bitcoin has retraced 25 percent from the high of $13,200 on July 10, it could be the catalyst for a further upward advance.

Even though these two major support clusters could be able to hold and bounce off BTC’s market valuation back to the 23.6 percent Fibonacci retracement point or higher, moving below them could take this cryptocurrency to the next level of support around $8,500 and $7,240.

A similar scenario is presented on the 1-day chart where an ascending parallel channel has been developing since mid-December 2018.

Now that Bitcoin reached the bottom of the channel, a rebound to the middle or even the top of the channel could be expected. However, due to the longevity of this ascending parallel channel a break below it could accelerate the selling pressure behind BTC significantly dropping its price down to at least the 50 percent Fibonacci retracement level as it can be seen in the 3-day chart.

Despite the sharp downturn that Bitcoin experienced over the last week that took many analysts by surprise including Tone Vays who turned bearish less than 24 hours after becoming bullish, there are multiple signs that could be predicting a rebound to previous or even new highs.

The criticism that Bitcoin has faced in the last few days following President Trump’s derisive tweet about it does not seem to affect the potential this cryptocurrency has and could represent a pivot point since more Americans will become aware of its existence. As it can be seen on the 3-day chart as well as in the 1-day chart everything seems to point out that BTC could soon regain at least 20 percent of its value within the next few days.

Regardless, investors must pay close attention to the 38.2 percent Fibonacci retracement level because if it fails to hold the price of this cryptocurrency it may take it back to $8,500 or lower.

It is worth noting that even with the few corrections that Bitcoin has gone through since it started surging in early February, in the long-term this cryptocurrency remains bullish. In the 1-month chart, for instance, the MACD recently had a bullish crossover, the Parabolic SAR positioned itself below the price of BTC, and the TD Sequential Indicator is on a green five out of nine. Thus, traders must be aware that trading against the bigger trend poses an extreme risk.

Following President Trump’s derisive tweet about Bitcoin, United States Secretary of the Treasury Steven Mnuchin held a briefing on regulating Bitcoin and Facebook’s Libra because of their use in criminal activity and the threat they pose to the financial system.