Changpeng Zhao, the CEO of Binance, said that the company could launch Binance United States within the next two months. 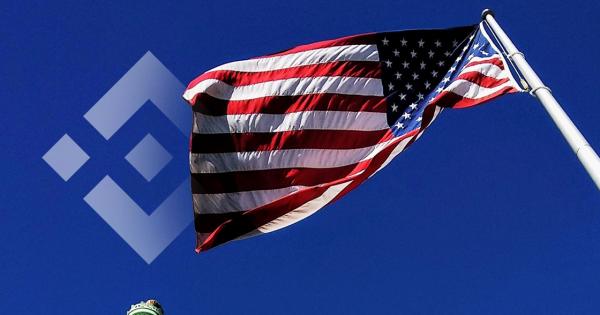 Changpeng Zhao, the CEO of Binance, said that the company could launch Binance U.S. within the next two months.

Binance could enter the U.S. earlier than expected

The world’s largest cryptocurrency exchange by trading volume will be re-entering the U.S. market as a fully regulated and legally compliant company this year. The Malta-based Binance announced that it would stop serving U.S. customers on Sep. 12 to pursue plans of launching a more compliant fiat-to-crypto exchange later this year.

But, with the news announced earlier in June, many speculated that it would take months before Binance’s new U.S. branch becomes fully operational.

In an interview with Cheddar, Changpeng Zhao, the CEO of Binance, said that the company’s U.S. corporation could launch much earlier than expected.

The U.S. entity will be launching in partnership with BAM Trading Services. Zhao told Cheddar that the partnership will help Binance with regulatory compliance, as BAM appointed former Ripple executive Catherine Coley as CEO earlier in July.

Rigorous regulations mean New York will be left out from Binance U.S.

While it’s still unclear where exactly will Binance.US first roll out, Zhao said that it won’t initially launch in New York. Neither Binance nor BAM have managed to receive a BitLicense from the New York State Department of Financial Services and Coley declined to say whether the company will be applying for one.

BAM is already nationally regulated by the U.S. Financial Crimes Enforcement Network (FinCEN) and other regulators such as the Securities Exchange Commission (SEC). But New York has notoriously rigorous regulations and the high cost of compliance could force Binance U.S. to avoid the State completely. However, Zhao seems optimistic about Binance’s future in the U.S. He told Cheddar that the U.S. has historically made “very clear regulations” and that any uncertainties in the space “will clear up.”

Binance.US said that it is considering adding around 30 assets on the new platform. Binance, on the other hand, currently lists 150 different digital assets. Coley said that listing such a low number of coins is a way for the company to protect its users. In last week’s blog post, she explained that “the ease of issuing blockchain tokens and the perceived lack of regulation” could make these tokens vulnerable to abuse.

So far, the exchange announced it is considering listing standard assets such as Bitcoin, Ethereum, Ripple, and Litecoin. Other coins such as Chainlink, Stellar, and Decentraland mirror Coinbase’s offerings, while some unique crypto-assets include Holo, Cosmos, and Binance Coin.

CryptoSlate will earn a small commission when you join.

Binance once again has a working Apple iOS mobile app