Binance now supports Arbitrum deposits on its platform in bid to remain the top crypto exchange in the world. 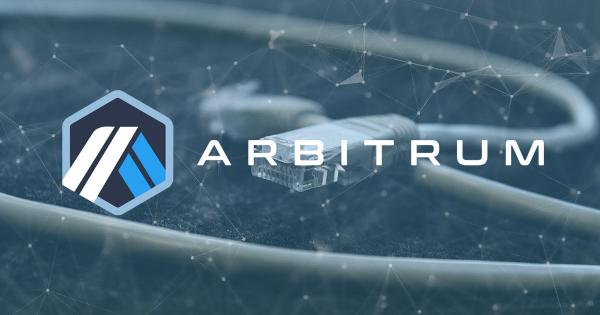 Binance, in its latest effort to maintain its lead as the largest crypto exchange by trading volume, became one of the first centralized exchanges to integrate a layer-2 support for its Ethereum deposits by integrating the recently launched Arbitrum One core network. This was revealed in a press statement issued by the exchange earlier today.

The CZ-led exchange revealed that it completed the integration of the Arbitrum One mainnet into its system and that its users can now deposit Ethereum using the new mechanism while also revealing that withdrawals would be made available in the nearest future via the same mechanism.

With this integration, it means users of Arbitrum have an additional solution to how to move their funds into layer-2, unlike in previous times when they have to send their tokens from Ethereum’s L1 through Arbitum Bridge or make transfers through other chains such as Celer Bridge or Synapse and others.

Arbitrum is a layer-2 optimistic rollup geared towards helping the blockchain of the second largest crypto asset by market cap be more scalable and at the same time help it to drastically reduce its record high transactions fee.

With Arbitrum, Etheruem’s network congestion would be greatly reduced as it uses a multilayered Ethereum consensus protocol to solve the challenges hampering the network’s growth.

Members of the Ethereum community and the crypto community at large have reacted positively to news Binance integration of Arbitrum.

HOLY COW!!!!! Binance about to enable layer two withdrawals directly to Arbitrum, this is MASSIVE for #ethereum adoption! pic.twitter.com/h069X4gfZM

Popular crypto investor and influencer, Lark Davis, tweeted that the adoption of Arbitrum by Binance is a massive news for Ethereum adoption while also posting a screenshot of the integration.

Another trader in his view opined that the integration means “game over for Matic” because “transactions can can happen away from Ethereum main net and take advantage of lower fees.”