The world’s largest cryptocurrency exchange, Binance, has suffered a hack on May 7th where it lost over $40 million in Bitcoin. 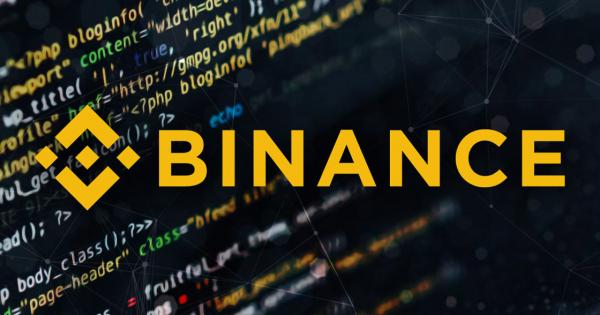 The world’s largest cryptocurrency exchange, Binance, has suffered a hack on May 7th where it lost over $40 million in Bitcoin. The exchange’s CEO, Changpeng Zhao, considered pursuing a rollback of the Bitcoin blockchain, which sparked mass outrage on social media and was followed by a drop in Binance’s BNB coin.

Binance, one of the largest and most popular cryptocurrency exchanges in the world, has suffered a major security breach on May 7th, the company revealed in a statement. The exchange said that malicious actors were able to access user API keys, two-factor authentication codes, and “potentially other info.”

Hackers were then able to withdraw more than 7,000 bitcoin, worth roughly $41 million, to a single wallet. Binance said that despite the large amount stolen, the theft only impacted around 2 percent of its total bitcoin holdings and that all of their other wallets remained “secure and unharmed.”

The company apologized to its users and took responsibility for not blocking the malicious withdrawal before it was executed. All losses will be covered by Binance’s secure asset fund for users (SAFU), so no users will be affected by the theft.

However, all deposits and withdrawals will remain suspended until the company’s internal investigation is complete, the statement said, adding that trading will remain open and available to all users.

Calls for Rollback Criticized by the Crypto Community

Changpeng Zhao (CZ), the CEO of the exchange, gave more details about the hack on Periscope. According to TechCrunch, he said that the attack was a very advanced effort executed by “very patient” hackers who waited until they had a number of high net worth accounts.

When asked about issuing a rollback, Zhao said that Binance could do it within the next few days. However, in a separate tweet, he said that after speaking with several high-profile cryptocurrency experts, the company decided not to pursue a rollback.

He then went on to list several pros and cons from the consultations, which included input from Jihan Wu, the co-founder of Bitmain:

After speaking with various parties, including @JeremyRubin, @_prestwich, @bcmakes, @hasufl, @JihanWu and others, we decided NOT to pursue the re-org approach. Considerations being:

pros: 1 we could "revenge" the hackers by "moving" the fees to miners; 2 deter future hacking attempts in the process. 3. explore the possibility of how bitcoin network would deal with situations like these.

cons: 1 we may damage credibility of BTC, 2 we may cause a split in both the bitcoin network and community. Both of these damages seems to out-weight $40m revenge. 3 the hackers did demonstrate certain weak points in our design and user confusion, that was not obvious before.

The crypto community was quick to react to this, with unprecedented backlash ensuing. Many have pointed out that the conversation about the Bitcoin blockchain rollback should have been left private, as it has caused people to reevaluate both Zhao and the entire Binance project. Others have said that the move has undermined bitcoin and its security, as organizing the miners to do a rollback would cause a mass selloff.

That said, others likened the reorganization to what happened early on in Ethereum’s history following the DAO hack. The subsequent change resulted in the chain’s split into Ethereum and Ethereum Classic, the latter of which chose to retain the unaltered blockchain history. However, at Bitcoin’s current scale the cost of such an operation calls into question its practicality.

I am shocked that @cz_binance even went there. Talk of forking or reorganizing the blockchain is close to heresy. When the ethereum community did it the project was like 5 months old. A baby. Bitcoin now has $100bn market cap and is a legitimate store of wealth. https://t.co/pXSqiUcq0i

Vitalik Buterin, the founder of Ethereum went on to add that even Ethereum did not conduct a rollback because the consequences would be “possibly fatal”:

Ethereum did a surgical irregular state change. We never even considered actually rolling back the chain to undo the hack; the collateral damage from that (reverting a day of *everyone's* transactions) would have been huge and possibly fatal.

Zhao’s tweet was also the subject of scrutiny from other high-profile industry experts, most of whom have criticized the consideration of the idea.