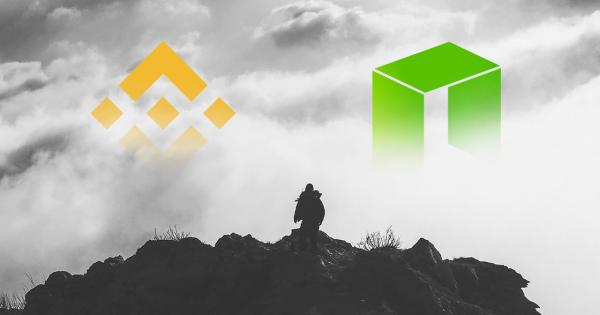 First revealed in a tweet last week, Binance Chain is a native blockchain that strives to offer a highly-scalable distributed ledger that can be used to build products and issue digital tokens.

#Binance is pushing for blockchain adoption and doing many things to help advancement of the industry. E.g. we will have the Binance chain ready in the coming months, on which millions of projects can easily issue tokens. @cz_binance @ForbesAsia #ForbesBlockchain pic.twitter.com/0pc0r1lXd2

Binance announced the product at a Forbes Asia event held in the first week of December. CEO Changpeng Zhao, popularly known by his initials CZ, spoke at the “Decrypting Blockchain for Business” seminar while unveiling the offering.

Now, the company has confirmed that Binance Chain will utilize a dBFT-based consensus mechanism, with the company’s upcoming decentralized exchange (DEX) being the first to deploy the sophisticated system.

Perhaps the most popular project deploying such a mechanism is NEO, the world’s 18th largest cryptocurrency by market cap.

For the uninitiated, a dBFT framework is an iteration of the popularly used proof-of-stake mechanism used by cryptocurrencies such as EOS and Peercoin.

Unfortunately, the latter blockchains require wallets to be connected to the internet at all times, making them a ripe target for hackers. Besides, achieving true consensus in a decentralized system on the basis of wealth distribution and delegation is a complicated task, and—as observed in the controversies surrounding EOS—could result in an unfair network.

The problem is amplified when several parties are involved in a network crash. Without singular consensus, it’s difficult to determine which parties’ components failed and caused the issue.

The term “Byzantine Fault” is derived from a famous Game theory fallacy called “Byzantine Generals Problem,” where all actors must agree on a concerted strategy to avoid a catastrophic system failure, but some of the system’s participants are unreliable; signaling that it is functioning properly, when in fact it is faulty.

However, a dBFT system takes into consideration this fallacy and ascertains that as long as two-thirds of the network’s participants remain truthful, the one-third of ‘bad actors’ are eliminated from affecting the network’s final decision.

Currently, it is unclear why Binance chose a dBFT-based consensus mechanism, but if the exchange’s impressive plans of reaching global expansion are considered, the operation of a worldwide public blockchain would require a high tolerance to bad actors who try to maliciously affect the network.

After untold hours of development and research the worlds largest exchange #binance has chosen to use the Delegated Byzantine Fault Tolerance (dBFT) Consensus Algorithm for their new $BNB chain. This is the same consensus Algorithm that $NEO pioneered. Great reassurance for NEO pic.twitter.com/FcNjd7hYK2

Meanwhile, CZ added at the event that Binance is striving hard to reach a fundamental “payment adoption increase,” and “pushing really hard into that space” as the company pushes for its vision of digital asset decentralization. How this will play into the success of Binance or NEO is hard to determine.