Since achieving $13,920 at the yearly peak, the Bitcoin price is nearing a 50 percent drop and according to a technical analyst, it could mean a larger correction for Ethereum. 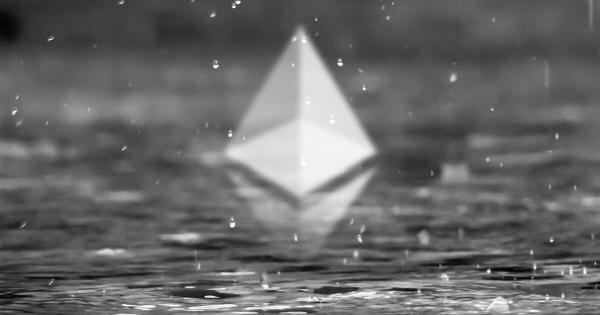 Since achieving $13,920 at the yearly peak, the Bitcoin price is nearing a 50 percent drop and according to a technical analyst, it could mean a larger correction for Ethereum.

Within three months, the Bitcoin price has declined by 43 percent against the U.S. dollar and a dip below the $7,000 level would indicate a 50 percent+ slip for BTC since the 2019 high.

If the Bitcoin price drops further, according to a technical analyst known as “Dave the Wave,” it will likely cause a deeper pullback for Ethereum.

Where is the potential bottom for both bitcoin and Ethereum?

In an event in which the declining volume in the global bitcoin market continues to fuel sell-pressure and causes a sub-$7,000 drop, the analyst said that $144 remains as a potential medium-term bottom for Ethereum.

If BTC is to retrace 50%, it makes sense for ETH to retrace another level to 61%. pic.twitter.com/bbM8onqmNc

As previously reported by CryptoSlate, the daily volume of bitcoin on BitMEX, the most widely utilized margin trading platform by cryptocurrency traders, dropped by 95 percent from the yearly peak to the lowest point of the year.

The daily volume of BTC across most major cryptocurrency exchanges has dropped to levels seen in the first quarter of 2019, suggesting stagnancy in the cryptocurrency market.

For Bitcoin, in the short term, Dave the Wave noted that a drop to the low $6,000 region should not be alarming based on its performance throughout the past several months.

“Blue lines equate to the cyclical mean. Notice how much more price deviated from the mean in this cycle. Price being much more volatile both below and above the line, so shorter-term MAs are less significant. A further correction back to the line should not be alarming.”

Still, as reported by BNN Bloomberg’s Jon Erlichman, the Bitcoin price has outperformed all major stock indices in year-to-date performance.

The Bitcoin price opened at just above $4,000 at the start of 2019 and since then, it has increased by nearly two-fold.

Ethereum has also seen increasing usage from enterprises like Microsoft and Ernst & Young. According to Decrypt, E&Y is processing over 10,000 transactions per day on the Ethereum network for Microsoft.

“We’re doing more than 10,000 transactions per day for Microsoft. We have seven major video games suppliers live and we’re expanding the footprint of that service.”

Strong fundamentals of both bitcoin and Ethereum as well as key catalysts in 2020 such as the block reward halving of BTC still have many investors optimistic about the medium to long-term trend of both Bitcoin and Ethereum.