Analyst: this Bitcoin breakout is the “real deal” and backed by fundamental activity 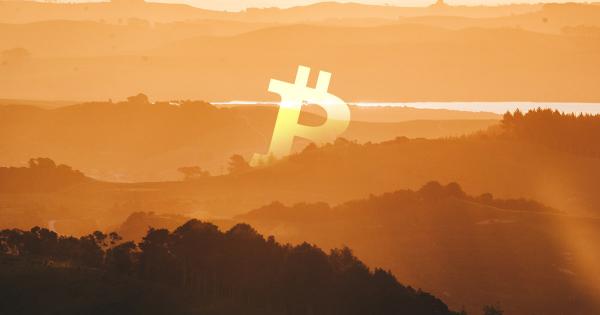 Photo by Dev Benjamin on Unsplash

The Bitcoin price surged past $10,000, reaching as high as $10,140 across major exchanges. Since the $8,000-range, many traders expressed their skepticism towards the trend of Bitcoin. The $9,500 level was expected to act as a multi-year resistance area.

In 2018, when the $9,500 to $10,000 range was tested, the Bitcoin price immediately went onto entering a deep correction. The crypto market, with the rapid decline of alternative crypto assets, struggled to recover for well over a year after that.

The difference between the current Bitcoin price trend and 2018 is the upcoming halving. The scheduled block reward halving in May has been the sole variable for the crypto market in solidifying the recent upsurge as a proper and organic upside movement.

“This breakout is the real deal. Fundamental investment activity is backing this $10k breakout. Lower chart tracks investor velocity (the buy and hold people, not short term traders). This metric corrects for degradation of signal from coins moving off the blockchain onto layer 2 (exchanges etc), that was something NVT was prone to. It’s proprietary to AdaptiveFund.”

At the start of the rally, when the Bitcoin price was hovering at $8,800 and Ethereum was at sub-$200, the crypto market was noticeably being forced upwards with spoof orders.

Spoof orders in trading are fake buy walls that encourage more buyers to enter the market in the short-term. After the price goes up, the spoof order disappears and reappears at a higher level.

Eventually, what began as a short-term upsurge triggered by spoof orders turned into an organic rally. Retail investors started to get involved with a decent rate of fiat inflow into exchanges. In spite of the factors that led the crypto market to rally throughout the past three weeks, ultimately, nearly all major resistance levels have been cleanly surpassed.

Altcoins are rising in tandem with bitcoin

Ethereum, for instance, which has front-run Bitcoin in 2020 with a 50 percent gain, has climbed past $220 with barely any major pullback. The $220 level has been a heavy level of resistance for Ethereum since October 2018. In previous crypto runs, the Bitcoin price solely tested higher levels like $10,000 with barely any reaction from major altcoins.

“Regardless if BTC experiences a pullback after hitting $10k A weekly close above $9556 would be absolutely bullish.”

Throughout the recent rally, Bitcoin has been rising in tandem with altcoins, indicating that it has a lower probability of being a fake-out. A fake-out rally refers to a relief upsurge after months of downtrend that fizzles out over time and leads to the resumption of a bear market.

Weiss Crypto Ratings upgrades Bitcoin an A- or excellent rating as BTC surges past $10,000

Analyst: Bitcoin is about to see “fireworks” as short positions enter dangerous territory