Analyst: Bitcoin is about to see “fireworks” as short positions enter dangerous territory 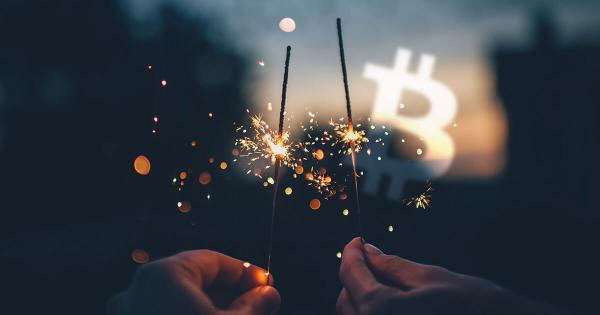 After struggling to break out of the $9,700 region, Bitcoin has been able to incur some tempered momentum that has allowed it to gain a foothold within the $9,900 region, with BTC now navigating through the heavy resistance that exists between its current price and $10,000.

This slight momentum today has led analysts to note that “fireworks” are inbound and that a movement above $10,000 could stop out a significant amount of short positions, thus leading the crypto to rally as high as $14,000, according to one analyst.

One other possible catalyst for this momentum could be investors shifting profits away from altcoins and towards Bitcoin.

Bitcoin journeys through heavy resistance as analysts eye movement past $10,000

At the time of writing, Bitcoin is trading up just under one percent at its current price of $9,850, which marks a notable climb from daily lows of $9,600 that was set during a fleeting overnight movement.

Related: What blockchain data tells us about Bitcoin’s road to $10,000

Throughout the day yesterday, Bitcoin faced multiple strong rejections within the mid-$9,800 regions, confirming that this is a heavy resistance region that is stopping BTC from moving towards $10,000.

Alex Krüger, an economist who focuses primarily on cryptocurrencies, shared his thoughts on Bitcoin in a recent tweet from his alt account, explaining that longs are in control and that shorts have stops at $10,000, making them particularly vulnerable at the moment.

“Fireworks approaching in the land of corn. $BTC longs held up both last night and this morning. We are at a point in the chart in which both sides are very vulnerable yet longs are in control. Longs are very levered up. Shorts have stops at 10K.”

Cantering Clark, a prominent technical analyst, spoke about the importance of the $10,000 level in a recent tweet, explaining that it’s hard to not think that rallying to $14,000 will be a breeze once it breaks into the five-figure price region. He said:

“It is really hard to look at this chart and not think that if 10k gets popped that 14k is a breeze with the amount of FOMO we could see. If this was your favorite low cap alt right now you would be piling in.”

Clark further goes on to note in the same tweet that one factor that could catalyze this type of upwards movement is when profits from altcoins siphon back into BTC.

“What happens when Alt flows siphon back to the source?”

As Bitcoin’s weekly close fast approaches, how it responds to the resistance around its current price region will prove to be highly telling for where the cryptocurrency trends in the weeks and months ahead.

Bitcoin holding $9,550 will be essential for bulls; here’s why

Unless you’ve been hiding under a rock, you know Bitcoin has been doing exceedingly well over the past few weeks.

Bitcoin (BTC) ended the day on a high note, with the cryptocurrency closing its daily candle above a key support level, eluding to the possibility that it will now begin its ascent to its next critical resistance region.