The Centrifuge-powered project was declared the winner of the highly contested auction slot on Kusama earlier today. 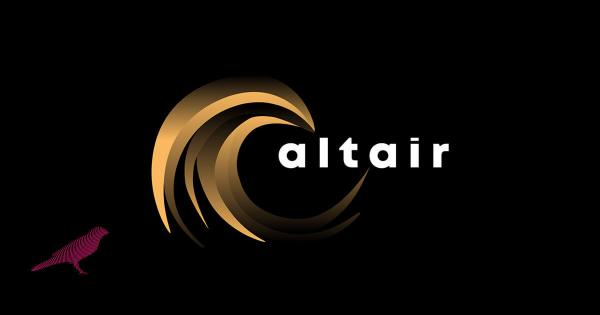 Altair Network is now the winner of the 9th parachain auction on Kusama. According to parachain auction data, the network amassed over $61.7million worth of KSM tokens from over 11,200 contributors, securing first place in the competition to launch on Kusama.

After winning the 9th parachain auction, Altair is now being onboarded as my 10th parachain [9-auction winning parachains, plus #Statemine]. Over 11.2K network stakeholders locked up KSM in favor!https://t.co/KQow7VYqbs pic.twitter.com/PdNZwN4S49

Altair is now onboarded as the 10th Kusama parachain

The winner of the latest parachain auction is set to create a bridge between the experimental version of the Polkadot blockchain and Centrifuge. Altair is a network that enables users to tokenize real-world assets and finance them on the Kusama network—before they go live on the Centrifuge Chain.

Altair is to Centrifuge what Kusama is to Polkadot—an experimental chain built using nearly the same codebase that allows users to test the bounds of asset financing. The team behind Altair wants to enable users to tokenize the most experimental of assets, ranging from novelty NFTs to undiscovered assets, and finance them to expand the reach of the DeFi ecosystem.

In order to provide the liquidity needed to finance these novel assets, Altair needed to focus on interoperability. The protocol will bridge across the Kusama, Polkadot, and Ethereum ecosystems to allow assets to go wherever financing is available.

Over 11,200 contributors recognized Altair’s potential and have pledged 187,835 KSM tokens, worth just over $61.7 million at press time, to the project. All of the pledged funds will remain locked throughout the duration of Altair’s slot, which officially begun on September 29th and will last until August 5th, 2022.

And just like that, Altair is now a Parachain on @kusamanetwork ?

BIG thank you to our absolutely incredible community, this would not have happened without you ❤️ pic.twitter.com/dRIL9glbUH

According to data from Parachains.info, the Altair reward pool currently holds 79.8 million AIR tokens, 25% of which will be unlocked immediately and distributed to those that pledged KSM during the parachain auction. For each pledged KSM, users will receive 430 AIR tokens. The remaining 75% of the reward pool will be released linearly throughout Altair’s 48-week parachain slot.

Aside from providing a decisive win for Altair, the latest parachain auction was also touted as a testament to the auction mechanics underlying Kusama. The blockchain’s parachain slot auctions follow a modified candle auction format, with each auction lasting approximately 1 week. To prevent bidding at the last moment and altering the result of the auction, the exact endpoint of a particular auction remains unknown until after the auction’s close.

Today the students became the master in bringing the cₕₐₒₛ on yours truly.

Auction sniping is impossible on Kusama. Any parachain that takes the lead for even a single block in the ending period can win a slot. Congratulations to all past, present, and future winners. pic.twitter.com/RDHi7j6u4X