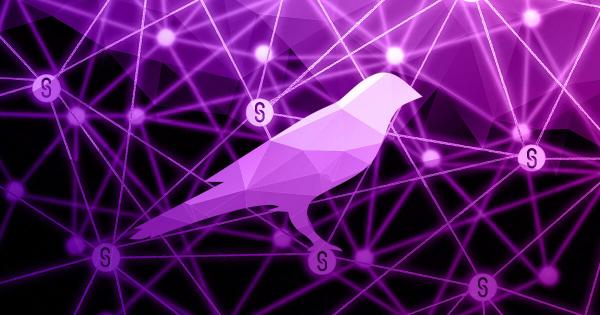 Subsocial is an open platform that allows anyone to launch their own decentralized social networks and marketplaces.

Based on Kusama, Polkadot’s canary chain, Subsocial enables developers to create decentralized versions of the social networks we’re used to while making them censorship-resistant and completely customizable.

The platform believes that you don’t need to reinvent social networks to bring them into the Web3 era—just change the foundation they’re built on.

Subsocial is a tool, not an end product

While the team behind Subsocial has already built its own version of a social network, what Subsocial actually offers isn’t an end product—it’s a set of tools.

Subsocial is making a bet that more and more people will become aware of the hidden costs of using Web2 social media. According to Alex Siman, the CEO of Subsocial, Web2 platforms are not free despite what people think.

In an interview with CryptoSlate, he said that most people’s gauge of whether something is free is if they have to pay upfront to use it.

“You don’t, with Web2 platforms, but you still pay. These platforms take your data and sell it. Google makes on average $200 per year from the data of a single person. Seen from a different angle, it costs users $200 per year to use Google. How much does it cost to use Facebook or Twitter?” he said.

Aside from the easily calculable dollar cost of using social networks, users also pay with their time and emotions.

“We also pay with our peace of mind, as these platforms use algorithms that show us specific content to mess with our emotions and keep us engaged.”

This is a major pain point in Web2 social media platforms that are forcing many to seek more decentralized alternatives. However, while the market currently offers countless platforms that fit the mold of “decentralized social media,” these platforms have a short shelf life as a lack of monetization options and network effects kill them before they reach the mainstream.

Subsocial doesn’t want to suffer the fate of these platforms, which is why it made monetization one of its biggest priorities. Its software is built on the Substrate blockchain framework and uses IPFS (InterPlanetary File System) for decentralized file storage. This enables developers to create platforms with personalized news feeds and notifications, a transparent reputation system, full-text searching, and rich content formats without sacrificing SEO.

Launched on Kusama, Subsocial is able to use its Substrate base to connect to Polkadot and its wider ecosystem of interoperable parachains.

This is what will enable networks built on Subsocial to have endless monetization options. The platform calls this social finance or SoFi, and Siman says it will revolutionize payments for social networks.

“Money and finance are ingrained into blockchain technology, so this gives us some great options for reshaping the intersection of money and social networking,” he explained. “Web2 platforms for content monetization often have fees for all parties involved, but with Web3, we can remove these.”

Siman says that the interoperability of the Polkadot ecosystem enabled Subsocial to build its blockchain specifically for SoFi and social networking without isolating its users from other crypto services such as DeFi.

Reaping the benefits of the Polkadot ecosystem

Being a part of the Polkadot ecosystem gives Subsocial a huge advantage over competitors that are either built on their own isolated Layer-1 chain or on top of a jack of all trades chain like Ethereum.

“It’s the best of both worlds,” Siman noted.

Subsocial’s own network serves as a sort of showroom as to what the platform has to offer. While developers can certainly use it as a template for their own projects, Siman says that there’s so much more that can be done using Subsocial’s tech. The platform is currently working on other example apps that can inspire developers and showcase its capabilities.

One of those capabilities is running spaces on Subsocial as DAOs, a feature Siman says has been requested by its users. While the feature isn’t ready yet and won’t be integrated into the platform in the next few months at least, it represents Subsocial’s bet on the long-term potential of novel Web3 concepts like DAOs.

Despite its big bet on the Web3 ecosystem, Subsocial wants to onboard the less crypto-savvy audience as well. Siman told CryptoSlate that the team was working on resolving the UX hurdles and barriers both in crypto in general and with Subsocial specifically.

One of the efforts Subsocial is making toward attracting a more diverse set of users is enabling a wide variety of payment options. The platform is about to launch its native token SUB and will support payments in other Polkadot ecosystem tokens such as DOT and KSM. However, Siman believes that most payments will be made with stablecoins, as they’re a digital asset most widely adopted both by the Web3 and mainstream audiences.

However, achieving full functionality will take some time. The team is now focused on growing its developer ecosystem and is working on getting third-party developers to build their own networks on Subsocial.

Both Siman and his team are aware of the challenges that await them in the future. But, the confidence in the product they’re building is extremely high and the team is dedicated to the project in the long run. The choice to be a part of the Polkadot ecosystem has been a wise one, Siman says, as they see it as the basis for Web3—the internet of the future.

“As such, by being a parachain in the ecosystem, Subsocial is poised to become the default social networking platform of the future. We are focusing on decentralization and freedom, and growing our developer ecosystem to ensure users have a wide variety of social networking sites to use.”