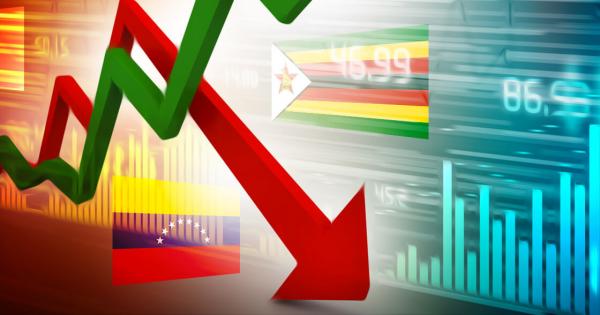 As of this moment, one US dollar is equal to 10,389 Bolivars at a black market rate. Paired to Bitcoin, the Bolivar is now worth 1 Satoshi, or the 8th decimal place of a Bitcoin (the smallest unit of transferrable Bitcoin). What used to be the richest country in South America, Venezuela, is now struggling as the country’s currency slips to a value of almost nothing.

Interestingly (though not all that surprising), local markets and storefronts are accepting wire transfers from other national currencies as payments. What is becoming increasingly more common is the acceptance of Bitcoin as a form of payment in the markets of Venezuela. The value of Bitcoin not only is more stable than the Bolivar,  it has had an upward trend for the past year.

Although Bitcoin is one of the bulkiest cryptocurrencies out there, its concept is known around the world and can still benefit many as a way to make payments. It is becoming increasingly easier to make payments in the real world using Bitcoin, and if governments don’t want to work with it, the people inevitably will.

At a time when Bitcoin is worth $4200, Zimbabwe’s exchange had Bitcoin selling for up to $7200 in a rush to liquefy money before hyperinflation makes it worthless.

Although there isn’t much volume on the exchange, this goes to show that most countries in times of crisis are beginning to turn towards digital currency for help, which has never been an option before in the past.

The big reason for the jump in price is also the difficulty in Zimbabwe to offload the Bitcoin. Unlike Venezuela, not many vendors are accepting Bitcoin. As it becomes more mainstream, however, people will find how useful this alternative currency can be.

We don’t always need a financial crisis to adopt something new. Japan has already started a beta cryptoken called J-coin, which will be tethered to the Japanese yen. Mizuho Financial Group predicts J-coin should be ready by the Olympics in 2020. Although it hasn’t got past regulators yet, the tethered currency seems very likely to succeed. This currency will keep the integrity of the yen and help Japan transition into the digital age of currency.

Can Bitcoin replace the Dollar?

Just seven years after its inception, we are already seeing movement towards everyday usage of cryptocurrency. We are still far from replacing physical currency, but we are not far from using Bitcoin as a safe asset. We’re finding more people today investing in Bitcoin over gold, and millennials have even been caught talking about Bitcoin as a retirement fund.

With a world that is so volatile, Bitcoin seems to be familiar to many and something we all can relate to in a digital age. Our lives are becoming entangled with the Internet, and we are speaking the language of information. Fiat doesn’t translate so well to the digital space. The CEO of Overstock once said,

Essentially, Bitcoin also is information. The concept of money is becoming more malleable, one that has more meaning than just value. It is value and information combined, and with the blockchain we are able to digitize assets through “currencies” like Ethereum and NEO.

Worldwide use of Bitcoin will make it much harder for it to fail. With becoming the first “global currency,” it is being traded and used at all times of the day, all over the globe. Exchanges will begin to globalize as well to keep price surges from happening in countries such as Zimbabwe.  We are going to see Bitcoin become the modern day gold and a global standard.