The Battle of the Smart Contract – Ethereum vs. NEO 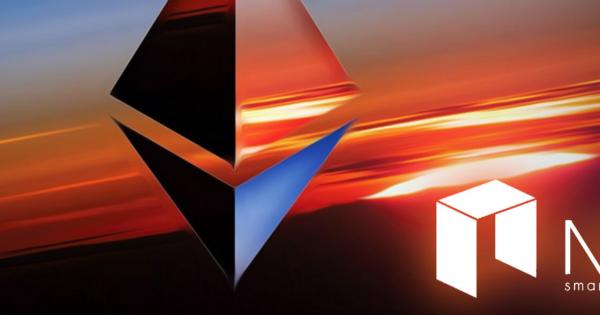 Ethereum appears to be the reigning blockchain platform at this time, but China’s NEO is challenging that status.

Since the birth of Bitcoin, continued development on the blockchain has been a hot topic among developers. The blockchain architecture has given way for new platforms to arise, creating tokens that serve more functions than just as a currency.

Ethereum became the first token to become popular not just by its use of a currency, but as a platform to build decentralized applications (dApps). It currently remains number two in total cryptocurrency market cap with no foreseeable competitors. Ethereum’s most notable contribution is the “smart contract,” which is capable of facilitating, enforcing, or verifying a contract/performance via computer protocol.

Although Ethereum is not in competition with other tokens in terms of volume, first mover’s advantage may not always win in the end. For instance, there are currently many currency tokens such as Litecoin with better features than Bitcoin (e.g., faster transaction times), but in the world of cryptocurrency most people “new” to the game have only heard of Bitcoin, and that is often their first investment.

Some may argue NEO is to Ethereum what Litecoin is to Bitcoin.  NEO is similar to Ethereum, but includes specific modifications that may make it appear more favorable under certain conditions.

Let’s look at some statistics and comparisons for NEO and Ethereum so far:

dBFT vs. Proof of Work

NEO uses a delegated Byzantine Fault Tolerance, which ensures finality in transactions. This is why NEO can process far more transactions than Ethereum. It also makes NEO almost impossible to fork, as a consensus must always be achieved. Ethereum’s proof of work is truer to decentralization but can make the network run much slower. Vitalik Buterin and his Ethereum team are currently working on the Metropolis hard fork, which will incorporate a Byzantine characteristic to its token.

Da Hongfei, co-founder of NEO, constantly talks about the “smart economy” of NEO. This concept is meant to implement the blockchain in more commercialized settings. Transactions on NEO incorporate a digital identity, which makes it much harder to conduct transactions anonymously.

While Ethereum’s main gig has been the execution of platforms built on its blockchain, NEO wants to work more with digitizing assets.

Ethereum is used worldwide. You can find ICOs being launched on Ethereum in Europe, in South America, and the U.S., among other countries . The president of Russia, Vladimir Putin, is reported to have expressed interest in Ethereum directly to Buterin at the 2017 International Economic Forum. However, there is one key player in which Ethereum has not been able to establish a stronghold: China.

Although there are Chinese organizations that have built on Ethereum, China, the world’s second-largest economy, is an extremely centralized place.  The Chinese like to do things their own way, as evidenced with giants like Alibaba.  Thus, this is a rallying cry behind NEO. NEO investors believe that the Chinese government will promote it, which will make NEO able to do everything that Ethereum can do, but in China’s economy as well.

Ethereum is well underway to becoming a mainstream asset to the blockchain world. You can see hundreds of ICO platforms that are built from the Ethereum blockchain. Buterin travels all over the world to give talks and he advises on many teams. There’s no doubt that Ethereum is here to stay.

As for NEO, there is only one ICO that has been built on the blockchain (Red Pulse), and an uncertain future looms. China has just recently banned ICOs and will also completely shut down all Chinese exchanges.

This is probably the worst short-term news that NEO could possibly get, but it does mean one thing: China is off limits to not only NEO but to everyone. The Chinese government is not blind to fintech and  the government obviously will reintroduce crypto into the economy. They just need it to be completely under government control. And who better to trust than NEO, a platform made in China?

It wouldn’t be all that surprising to find that all Chinese ICOs are regulated and must enter through the NEO blockchain as part of regulations. NEO has been built exactly for this.  With their digital identity signature, it will help the Chinese government keep track of all transactions. Da Hongfei was even recently invited to speak at a Chinese blockchain conference held by the Chinese government.

So, what does this mean?

There is no doubt that Ethereum is here to stay. But NEO also has the potential to become something huge. And with all of the recent FUD (fear, uncertainty and doubt), the price for NEO is very low. I think that out of all the possible blockchain combinations, NEO + Ethereum is the most likely to succeed. NEO has a faster and more scalable blockchain than Ethereum, but Ethereum (like Bitcoin) has the numbers.

First mover advantage is typically huge. But maybe the technology will outweigh the numbers over the years. Maybe we’ll see the world using Litecoin, or Bitcoin Cash as the main currency, and NEO as the blockchain platform for many others. Maybe Bitcoin and Ethereum will continue to rule the markets. What’s more likely is that all of these will exist in the global ecosystem, and that both NEO and Ethereum are a safe bet.