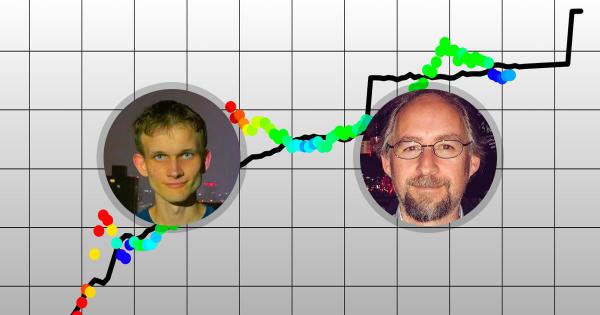 These comments, however, drew a scathing critique from Blockstream CEO and co-founder Adam Back, who rebutted Buterin’s claims by insinuating that Ethereum is highly centralized.

“Your daily reminder that 95%+ of articles of the form ‘event X will make crypto go (up | down)’ are post-hoc rationalized bullshit.” 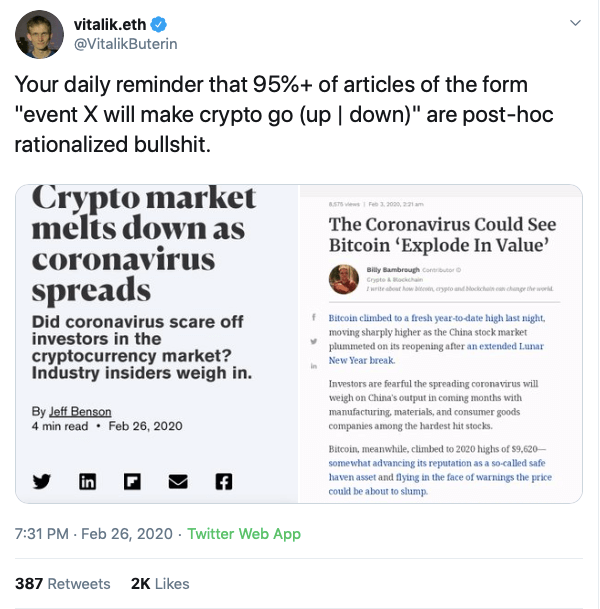 In a response to a question from Pierre Rochard regarding articles surrounding BTC’s S2F model, Buterin explained that all “that stuff” is part of the 95% of “ad hoc bullshit” he referenced in his original tweet. 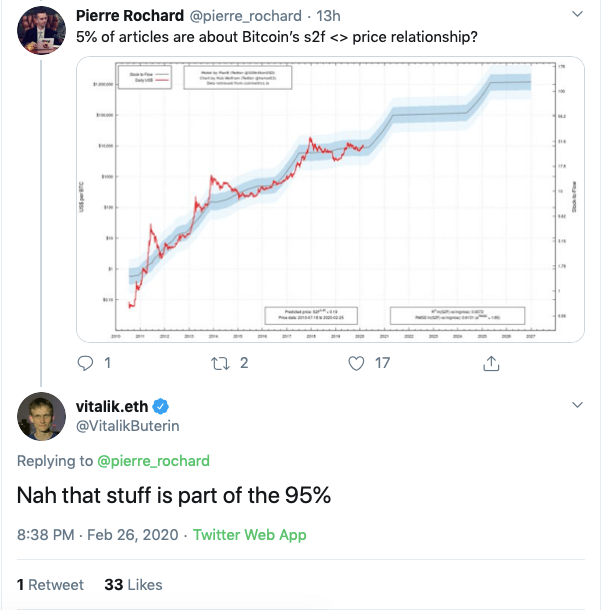 It remains unclear what articles about Bitcoin are exempted from this categorization.

In response to an article detailing Buterin’s comments, Adam Back – a prominent Bitcoiner and the CEO/co-founder of Blockstream – explained in a response that Buterin’s altcoin (Ethereum) can’t have a S2F model because its stock is undefined and its flow is adjusted ad hoc on the “whims of a few programmers.”

“Who’d have thought. ofc you can’t have a stock2flow when your altcoins stock is undefined and it’s flow is adjusted ad hoc on the whims of a few programmers.”

Back further went on to say “what’s not to believe” about the bullish S2F model, noting that it seems to be logical.

“It’s just a back tested curve fit to historic data, affirmed by co-integration stats test. What’s not to believe? More interesting is interpreting why, given good fit. It does seem logical that rate of supply halving, other things being equal, would tend to drive up price.”

If the forecast offered by this model does come to fruition, it is possible that Bitcoin will rally up towards $100,000 in the coming several years.

Bitcoin took a significant nosedive sending investors into fear, according to the Crypto Fear and Greed Index Despite the commotion in the market, on-chain metrics reveal that BTC’s network is stronger than ever. 3 min read