A bearish technical analysis for Bitcoin, Ethereum, XRP and Litecoin; but what if bullish? 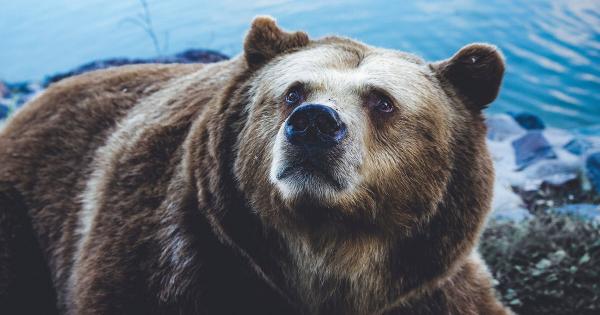 Over the last 36 hours, the total crypto market capitalization plummeted nearly 11 percent. The sudden drop aligns with a number of bearish signs that can be seen across the weekly charts of the top cryptocurrencies by market cap. The following technical analysis will evaluate whether Bitcoin, Ethereum, XRP, and Litecoin are bound for a further retracement.

Bitcoin recently broke to the downside of a no-trade zone where it had been sitting for the past month. This trading range was set up between the $7,800 support level and the $8,600 resistance level. Now that BTC moved outside of it to hit a low of $7,300, a further drop is possible.

The last time this bearish pattern occurred on Bitcoin’s 1-week chart was in late-March 2018. The cross was followed by a 24 percent retracement that took this cryptocurrency from a high of $8,500 to a low of $6,400. Despite the downturn, BTC was able to find support around the 50-week moving average which served as a rebound point at the time.

Thus far, the recent death cross was able to trigger a spike in sell orders taking the price of Bitcoin down over 9 percent from the $7,800 support level. If the sell-off continues BTC could try to test the 50-week moving average that sits around $7,000.

Even though death crosses are considered extremely bearish patterns, there is still a chance that BTC will bounce off the 50-week MA like it did in early 2018.

At the moment, Bitcoin is on a red nine candlestick on its 1-week chart, per the TD sequential indicator. This is considered a buy signal that will be validated when a green two candlestick trades above a green one candle. Moving above $7,900 could be taken as the first confirmation that the buy signal will be validated. However, a move below $6,900 will invalidate the bullish outlook and BTC will possibly drop to around $6,300.

Ethereum also suffered a steep decline in its market valuation over the last 24 hours. This cryptocurrency went down from a high of $171.65 to a low of $152.50, representing an 11 percent correction. Although ETH was able to recover over 5 percent in the last few hours, the higher time frames are estimating further losses.

Like Bitcoin, a death cross is forming on Ethereum’s 1-week chart. The 7-week moving average is currently crossing below the 50-week moving average, which is a very bearish sign. If validated, ETH could soon test the next levels of support around $145, $123 or $109.

Nonetheless, all of these bearish signs could be invalidated by a spike in buy orders that take Ethereum to trade above $180 or $192 where the 38.2 percent Fibonacci retracement level sits.

Despite plummeting over 14 percent, XRP continues trading within a no-trade zone between $0.24 and $0.30. The recent downward movement took this crypto to break an ascending parallel channel that formed on its 1-day chart since Sept. 26. Even though this can be seen as bearish, the odds of a bullish impulse are high.

This could be a result of the recent remarks made by Republican congressman Ted Budd who said this XRP is an actual cryptocurrency while Facebook’s Libra is not. Additionally, Ripple’s annual conference Swell is around the corner and XRP’s market value tends to increase exponentially in anticipation of this event.

An increase in volume may allow XRP to break outside of the current trading range where it sits. If this happens, this cryptocurrency could try to hit the next levels of resistance that sit around $0.38, $0.47 and $0.57.

Conversely, a spike in the selling pressure behind XRP could push it below the $0.24 support level. This could trigger a major sell-off taking it to the next levels of support around $0.19 and $0.17.

Litecoin’s price behavior since July of the present year appears to be characterized by a series of bear flags developing on its 1-week chart. This technical pattern is considered a continuation pattern that forms after a significant correction, known as the flagpole, followed by a consolidation period, known as the flag, and tends to lead to a breakout in the same direction as the initial movement.

At the moment, LTC seems to be forming another bear flag that could see it drop to $38. This target is determined by measuring the height of the flagpole, which is approximately 27.50 percent.

The overall sentiment of the market is currently bearish. However, there is some evidence that suggests that there is an increasing demand around the current price levels.

Bakkt’s Bitcoin futures contracts, for instance, saw a 6.5x increase in its trading volume worth over $4.8 million as the crypto market crashed. Moreover, Bitcoin is signaling a buying opportunity on its 1-week chart while XRP could try to reach higher highs in anticipation of Ripple’s Swell conference.

Under the current conditions, it will be wiser to wait for any of the cryptocurrencies previously analyzed to move above their resistance points before entering a bullish trade.

The Bitcoin price continues to deteriorate, dropping another $500 to $7,500 per BTC.