XRP’s technical indicators are bullish in anticipation of Ripple Swell

XRP surged more than 40 percent over the last few weeks as Ripple prepares to host its annual conference, Swell. 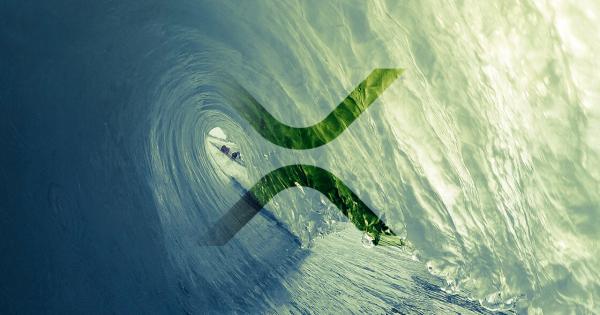 XRP surged more than 40 percent over the last few weeks as Ripple prepares to host its annual conference, Swell. As the date approaches, the market anticipates a significant price increase based on the impact this event had in previous years. But, is it realistic this time around?

Swell is an invite-only annual conference, hosted by Ripple, that aims to bring together some of the most prominent advocates in the financial and payment sector in order to discuss trends and real-world issues in the industry. This year, the event is set to take place for two days starting on Nov. 7 in Singapore. And, three different keynote speakers are scheduled to take the stage, including: CEO at BKash Kamal Quadir, Singapore Foreign Ministry Ambassador Chan Heng Chee, and former governor at the Reserve Bank of India Dr. Raghuram Rajan.

This is one of the most anticipated conferences of the year for the XRP community since major announcements are expected to be disclosed. Last year, for instance, Ripple introduced xRapid, a worldwide network that enables faster and lower-cost payments for financial institutions. As speculation mounts on what could be revealed in the upcoming weeks, XRP is already trending up.

Buy the rumor, sell the news

The recent price increase that XRP experienced seems to be correlated with the forthcoming event. As a matter of fact, this cryptocurrency seems to be mimicking its price behavior prior to the other two Swell conferences that have been organized. Based on historical data, XRP’s market value increased exponentially in anticipation of the conference. But, once it was over the price of this cryptocurrency retraced to nearly the same point where it started rising.

Some technical analysts refer to this price behavior as “buy the rumor, sell the news.” This strategy recognizes that rumors can have a major impact on cryptocurrencies while news has a contrary effect. Trading under this scheme translates into betting on the odds that an announcement could be influential enough to create demand for a given crypto.

In 2017, XRP hit a low of $0.15 around 30 days before the conference took place. Following this swing low this cryptocurrency saw its price increase over 100 percent to reach a high of $0.30 on the last day of the event. As the market did not see enough value on the announcements made during the conference, XRP went through a 42 percent correction. After being worth $0.30 on Oct. 16, 2017, XRP plummeted to $0.17 only 17 days later.

Along the same lines, XRP experienced a 214 percent upswing last year in anticipation of Swell. This cryptocurrency went from trading around $0.25 to a high of $0.79 only 10 days prior to the event. Then, after the conference was over XRP plunged 64 percent over the next 2 months hitting $0.29 on Dec. 15, 2018.

Today, XRP is up more than 40 percent from the low of $0.21 it made on Sept. 24. Since this year’s Swell will take place in less than 21 days the crypto community is wondering if history could repeat itself. The following technical analysis will evaluate whether XRP is indeed bound for a higher bullish impulse.

XRP is showing different bullish signals across multiple time frames that add credibility to the idea that it will experience a bullish impulse in anticipation of the upcoming Swell conference.

On its 1-week chart, for instance, this cryptocurrency is currently trading within a no-trade zone between $0.24 and $0.30. A clear break above resistance could trigger a spike in buy orders allowing XRP to hit the next levels of resistance that sit around $0.38, $0.47 and $0.57.

When looking at XRP’s 3-day chart, another positive sign can be seen. Under this time frame, a golden cross appears to be developing. This type of bullish formation occurs when a short-term moving average crosses above a long-term moving average, signaling a potential bullish breakout.

As the market prepares for this year’s Swell conference, XRP is in an uptrend that resembles its price behavior prior to the conferences of 2017 and 2018. Even though the sentiment around the cryptocurrency industry is different today than in previous years, it seems like history could repeat itself. Based on the technical analysis previously presented, this crypto is bullish across its 1-week, 3-day, and 1-day chart.

In addition, Peter Brand, a renowned technical analyst with over 40-years of trading experience, stated that the recent swing low that XRP made provided “some evidence” that it is bottoming against Bitcoin. Despite the bullish sentiment around it, a report by the Crypto Rating Council concluded that XRP has a high probability of being classified as a security by the U.S. Securities and Exchange Commission. Due to the regulatory uncertainty that surrounds this cryptocurrency, it will be wiser to remain cautious about it since such a ruling could have a strong adverse impact on its price.