Data shows Ethereum 2.0 is sparking accumulation; will it trigger a bull run?

Ethereum 2 has long been looked upon as an event that would help take the ETH blockchain to the next level, fixing the various scaling issues it has previously confronted while also shifting to an efficient proof-of-stake (PoS) consensus mechanism. 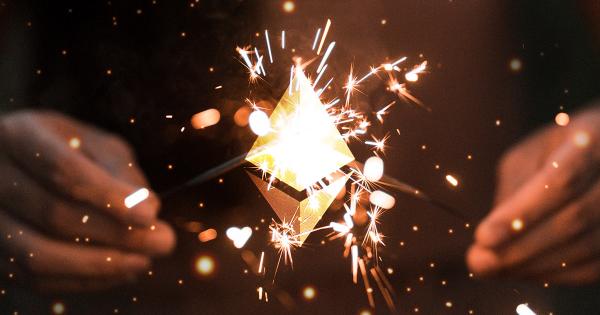 Photo by Ethan Hoover on Unsplash

Ethereum 2.0 has long been looked upon as an event that would help take the ETH blockchain to the next level, fixing the various scaling issues it has previously confronted while also shifting to an efficient proof-of-stake (PoS) consensus mechanism.

Naturally, the efficiency and scalability improvements will work to bolster the blockchain from a fundamental perspective, but in the near-term it is likely to be its transition to a Proof-of-Stake model that causes it to catch some upwards momentum.

This notion is supported by recent data that suggests investors are accumulating ETH in an effort to hit the minimum staking requirement once the transition is complete.

The crypto’s positive price performance is inextricably tied to its fundamental growth and is also a signal that investors are taking notice.

One factor that has been driving this growth is the massive issuance of stablecoins on the blockchain, which has subsequently boosted the value of on-chain transfers — as recently reported by CryptoSlate.

Blockchain analytics firm Messari has previously spoken about Ethereum being a “winner” of the stablecoin boom, explaining that they now account for over 80 percent of daily transfer value on the blockchain.

“One winner in the growth of stablecoins appears to be Ethereum, which recently reached value transfer parity with Bitcoin. Stablecoins now account for 80% of daily transfer value on Ethereum as it has proven to be the issuance platform of choice for new stablecoins.”

This fundamental growth comes as the first official phase of Ethereum 2.0 fast approaches, with the transition being slated to occur at some point this year — although no official launch date has been announced at this time.

Data from research platform Glassnode shows that there has been a 14 percent uptick in the number of Ethereum wallet addresses holding over 32 ETH – the amount required to stake in order to receive rewards in ETH 2.0.

“How many potential ETH 2.0 validators exist? Currently, there are 116,351 Ethereum addresses that hold 32 ETH or more – up almost 14% within the last year.”

If more investors begin accumulating in hopes of staking their tokens in a validator order to receive rewards, this could catalyze some notable upwards momentum for the cryptocurrency in the months leading up to and following the launch of ETH 2.0.