On October 21, 2019, representatives from Agoric, Tendermint, FOAM, and oscoin gathered at Full Node in Berlin, Germany, to discuss the blockchain space’s current need for interoperability protocols. 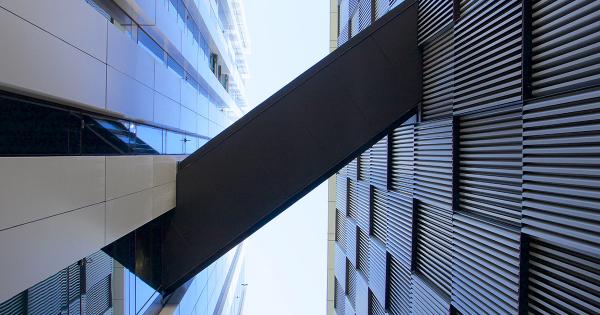 On Oct. 21, 2019, representatives from Agoric, Tendermint, FOAM, and oscoin gathered at Full Node in Berlin, Germany, to discuss the blockchain space’s current need for interoperability protocols.

Although technical in nature, hashing out an inter-blockchain communication standard is as critical as the TCP/IP model was for the Internet. Pundits of both IBC, Cosmos’ interoperability protocol and Parity’s Polkadot further suggest that freeing up siloed data is paramount to building a rich, blockchain economy.

While it appears that crypto Twitter is awash with drama every week, there still exists far less contentious corners of innovation.

One such example is the pursuit of an otherwise tokenless interoperability protocol. The Ethereum-centric Polkadot product from Parity, Wanchain 3.0, and Cosmos’s IBC protocol are the current heavy-weights. Adjacent to this friendly competition is also the shared belief that a blockchain-based future will include multiple chains with various use cases.

Christopher Goes of Tendermint Research reminded the audience on Monday that such interchain communication “allows specialization and scalability as chains can operate concurrently.”

One no longer needs to build one chain to rule them all. Instead, developers can double-down on their ideas knowing that accessory blockchains will be within reach to support their work. This is crucial for companies like FOAM, Agoric, and many others.

For its part, FOAM is building a two-way GPS-like technology in which users are incentivized to prove the location of physical objects. This could be museums in Paris or historical monuments in New York. Once a user wants to add a location to the FOAM grid, they must stake tokens. Other users can then follow-up and either confirm or deny the legitimacy of the first user’s suggestion. These data also become immediately available to the public, impervious to spoofing, and allow new businesses to build on top the resilient alternative to centralized mapping services.

Companies that might rely on immutable locations include supply chain firms, electric grids, and other communication networks. Without the ability to communicate between systems, however, much of the aggregated value is lost due to inefficiencies. This is one example of how an interoperability protocol could assist.

Agoric’s smart contracts proposition also benefits from bridging networks. The CEO of Agoric, Dean Tribble, told CryptoSlate in an interview that his team would even be tinkering with both IBC and Polkadot to reach their ends. Nevertheless, the Agoric testnet has already launched on Tendermint and Cosmos SDK.

Tendermint is a byzantine fault-tolerant consensus engine that powers the Cosmos blockchain. Cosmos SDK is a developer’s toolkit that allows anyone to build-out custom blockchains from scratch.

The pursuit of an agnostic messaging protocol also comes with a host of social advantages. Because blockchains are not able to interact with one another, token holders of each network are hardpressed to imagine anything but a zero-sum game. This has already played out time and time again in the crypto ecosystem.

“Interoperability between blockchains creates more social bridges between communities. The key to diplomacy is to have open communications.”

Agoric also prides itself on opening up smart contract development to the roughly 10.7 million JavaScript software developers through two subsets of JavaScript, Secure EcmaScript (SES) and Jessie. Like its interoperability ambitions, the goal is simple: expand the community.

To this Tribble added:

“Solidity developers can be slightly too expensive for certain companies looking to experiment with smart contracts. For any long-term industrial use case, say microgrids, paying expensive developers might render your business plan unviable.”

Redefining the technical conversation of interoperability to one of social cohesion is certainly welcome in the blockchain space. With a scheduled launch date for early 2020, IBC may finally bring some much needed technical diplomacy to the sector. For a full review of the Tendermint’s work on IBC, please visit their GitHub repository.

Tendermint, a respected public blockchain development company, announced the successful completion of their series A round. 2 min read

Once upon a time, people believed there would only be one blockchain. But one-blockchain maximalism soon proved to be a shortsighted belief. Without forking and new chains, experimentation was extremely limited and led to the creation of hundreds of blockchains adapted to fit a specific need. 3 min read