The Motley Fool states its case for the end of doggie meme coins in 2022. 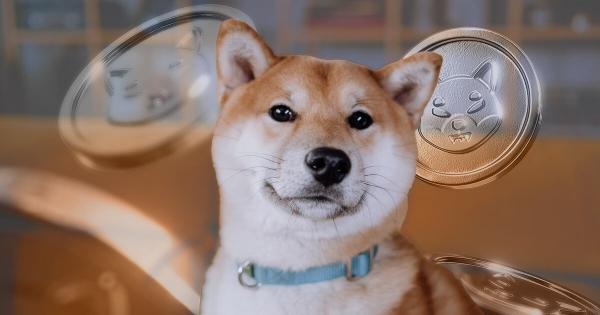 As 2022 begins, thoughts turn to the next 100x gainer. But according to Motley Fool, that won’t be any of the doggie meme coins.

While it’s true that, around this time last year, Dogecoin had crypto purists in disbelief, the second half of 2021 was much more sedate, suggesting that buyers had already moved on.

Nonetheless, Dogecoin’s (relatively short-lived) success still brought a swarm of clones into being. With Shiba Inu being the most successful to date in market cap ranking.

In any case, Motley Fool singles out four “pretenders,” all doggie meme coins, which they say should be “avoided like the plague in 2022.”

Dog themed meme coins are out

In making a case against doggie meme coins, the Motley Fool puts forward a consistent theme of poor differentiation and no real-world utility.

While Shiba Inu’s 121,000,000% gains at one point turned small investments into millions of dollars, they point out that massive gains tend to be met with proportional reversals.

Things turn hostile when it comes to Dogelon Mars. The Motley Fool says there is no need for an “interplanetary currency,” and that they find this proposal offensive.

“No human has visited another planet, let alone colonized it to the point where currencies would be needed. The fact that Dogelon Mars was even described as an “interplanetary currency” is insulting to the intelligence of the investment community.“

As for Floki Inu, it’s mentioned that although the project shares its name with Elon Musk’s puppy, it still has no connection to the Tesla boss. And nor has it made any significant impact as a payment token.

Unlike Floki Inu, Dogecoin does have a strong connection with Musk, being one of three cryptocurrencies he admits to holding, along with Bitcoin and Ether.

At the same time, it’s pointed out that Dogecoin’s payment token use case falls flat. They say transaction fees are higher than, say, XRP, the network is neither highly scalable nor fast, and merchants do not widely accept $DOGE.

“Payment giant Visa is capable of processing what Dogecoin has been handling per day on its blockchain in just one second.”

The Dogecoin Foundation is well aware of this and has been plotting to turn things around since at least August 2021, as it formalized its organization structure and added Vitalik Buterin as an advisor.

The plans also include “community staking,” which adds a new dimension of use case and a reason to hold the token.

While the Motley Fool is logical in their thought process, it’s still tough to write off the king of meme coins, especially given its army of loyal investors. Will that hard-core following remain loyal in 2022?