Dogecoin looks to re-capture its former glory by formalizing its organization structure. 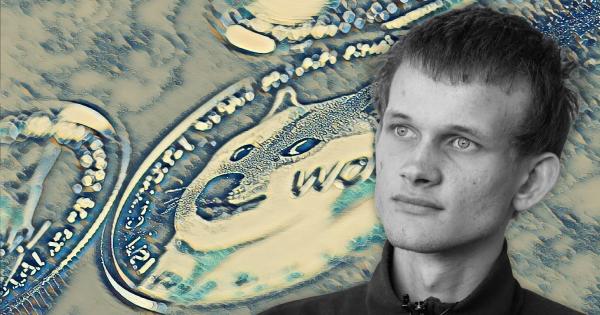 Dogecoin may have started out as a joke poking fun at an industry that takes itself way too seriously. But 2021 has seen it morph into something quite serious.

In part, this was driven by the dizzy heights it managed to reach in early May, when, for a brief moment, its near $90 billion market cap made it more valuable than established legacy giants including British American Tobacco and General Motors.

But DOGE is currently down 60% from then, and at the height of the recent market dip, lost as much as 78% of its value.

Nonetheless, in a bid to recapture its glory days, the newly established Dogecoin team, which consists of a mixture of old and new faces, including co-founder Billy Markus, is resurrecting the Dogecoin Foundation.

What’s more, in a show of ambition for what they hope to achieve, Ethereum co-founder Vitalik Buterin joins as a board advisor.

What does the Dogecoin Foundation hope to achieve?

An often-used criticism of Dogecoin is the lack of formal organization it has, including a poorly resourced development setup.

Input-Output Global CEO Charles Hoskinson, although highly critical of the meme token in the past, calling it a bubble that would likely trigger tough legislation once it pops, more recently said:

“Dogecoin is a reasonable target for someone to fix it up and make it an interesting cryptocurrency.”

With the resurrection of the Dogecoin Foundation, it seems like someone is listening. According to their announcement, the Foundation’s primary intention is to improve Dogecoin’s development structure.

“We are here to accelerate the development effort by supporting current Dogecoin Core and future Dogecoin Developers to work on a full-time basis through sponsorship, as well as providing a welcome landing for new contributors hoping to help with the project.”

They also wish to increase its success through more adoption and better utility. This, they say, will come about by focussing on projects “that increase Dogecoin uptake at a grassroots level.”

Can Buterin make the difference?

In what is a massive coup for Dogecoin, Buterin joins the team as a project advisor. But it wasn’t that long ago when many thought he “feared the Doge.”

Speaking to Lex Friedman, Buterin wanted to set the record straight by saying, he does not fear the Doge. If anything, Buterin said he loves the Doge.

The misunderstanding came about when Buterin gave feedback on Elon Musk’s suggestions to improve Dogecoin. Buterin’s words were something to the effect that it isn’t as easy, from a technical perspective, as Musk described.

Some, including Musk, interpreted this as evidence of fearing the Doge. But Buterin made clear to Friedman that this is not the case at all.

In any case, with a strong track record in project adoption, Buterin’s experience will be invaluable.