While Bitcoin is an asset independent of central banks, of banks, and of Wall Street, the cryptocurrency’s strength and underlying value proposition have become increasingly dependent on events in the traditional financial world as this fledgling industry has grown. 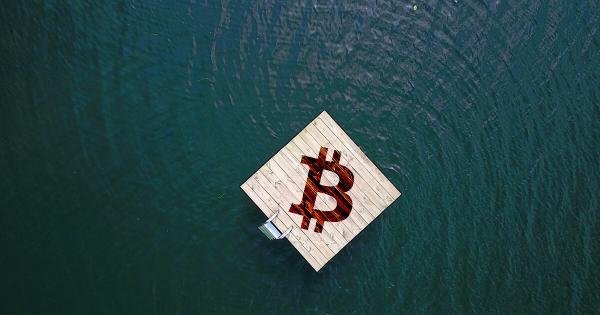 While Bitcoin is an asset independent of central banks, of banks, and of Wall Street, the cryptocurrency’s strength and underlying value proposition have become increasingly dependent on events in the traditional financial world as this fledgling industry has grown.

Now, some say that Bitcoin’s value is primarily dictated by events taking place and trends forming on the geopolitical and macroeconomic stage, something that wasn’t true just two or three years ago.

One such trend is the Federal Reserve’s decision to pump billions of dollars worth of liquidity into the repo market. Some say that this validates Bitcoin entirely.

Federal Reserve to pump billions into the economy

According to a recent policy update from the Federal Reserve Bank of New York, the Open Market Trading Desk of the central bank will be injecting billions of dollars worth of capital into the repo market to “to ensure that the supply of reserves remains ample and to mitigate the risk of money market pressures around year-end that could adversely affect policy implementation.”

A brief aside: the repo market, also called the overnight loan market, is the place in which the Federal Reserve issues extremely short-term though large loans (literally overnight) to financial institutions to keep said institutions operational. The repo market is often called the “backbone” or “spine” of the economy due to institutions’ need for liquidity at all times.

By the end of the year, the Federal Reserve is expected to have printed an extra $425 billion to keep reserve liquidity intact. This will drive up the central bank’s balance sheet to a record of $4.5 trillion, which comes in spite of the fact that stock markets are at all-time highs and economists around the world are cheering for equities to continue to rip higher.

What’s crazy about all this is the last time the Federal Reserve intervened in the repo market to this extent was during the Great Recession of 2008, implying something similar could take place again in the coming years.

Why will this help Bitcoin?

As to why this is bullish for Bitcoin, Caitlin Long, a former Wall Street executive turned political proponent for blockchain and cryptocurrency in the State of Wyoming, released a Forbes article about this earlier this year.

In it, the prominent Bitcoin proponent wrote that this case of financial troubles shows that the financial system is rather fragile, much unlike the anti-fragile Bitcoin “whose network security grows as the system’s processing power grows.” Long went on to say that due to Bitcoin’s anti-fragile properties, the cryptocurrency can act as an insurance policy “against financial market instability,” for it gives consumers “a choice to opt-out of the traditional financial system.”

That’s not all. Binance CEO Changpeng Zhao of Binance noted in the below tweet that the Federal Reserve’s decision to print billions of dollars to keep the economy afloat shows the value of Bitcoin’s limited supply, which he claims means BTC has “unlimited growth potential against fiat.” Zhao tweeted:

“Mathematically speaking, bitcoin, given its limited supply, has unlimited growth potential against fiat. “Why? It has less to do with bitcoin, but because fiat has an unlimited supply.”

Indeed, cryptocurrency bulls suggest that all of the world’s money will consolidate into BTC if central banks and governments continue to debase the value of fiat monies.

As CryptoSlate reported earlier this year, an economy in which central banks print money to satisfy economic goals is one where alternative assets gain a copious amount of traction.

For instance, Peter C. Earle, a research fellow at the American Institute for Economic Research, told Bloomberg that once monetary policy reaches a point where printing any amount of money necessary without any checks, “precious metals and cryptocurrencies would swiftly rise in popularity and therefore [its] price.” He suggested that when money printing is prevalent, precious metals and cryptocurrencies serve as “inflationary hedges”.