Mario Draghi, the outgoing president of the European Central Bank, mentioned the institution is open to Modern Monetary Theory—a fiscal and monetary framework that argues governments can keep printing money so long as inflation is in check. 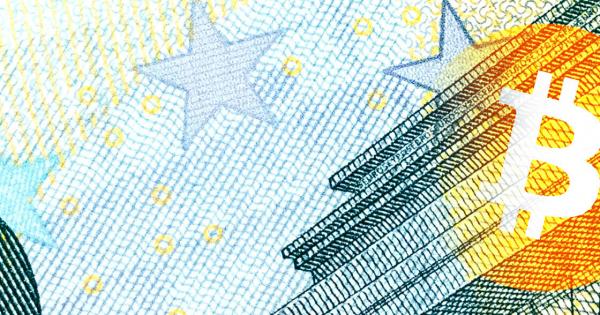 Mario Draghi, the outgoing president of the European Central Bank, mentioned the institution is open to Modern Monetary Theory—a fiscal and monetary framework that argues governments can keep printing money so long as inflation is in check. This will only increase the demand for Bitcoin.

Modern Monetary Theory proposes that governments with their own currency should disregard the accumulation of sovereign debt. The theory says that instead of worrying about fiscal deficits, governments should print as much money as needed to bolster their economy, as long as high rates of inflation are prevented. This, MMT explains, can be accomplished through cooperation between central banks and governments.

MMT has been subject to much backlash. A Bentley University economist called it “a bizarre, illogical, convoluted way of thinking macro.” But, it still seems to be gaining traction, with politicians like Democrat Alexandria Ocasio Cortez using it for justification for increasing social spending. It’s gaining so much traction, in fact, that Mario Draghi said in a press comment that the decision-making body of the ECB, the Governing Council, is open to MMT.

Even Ray Dalio—the co-head of the world’s largest hedge fund, Bridgewater Associates—has given some interpretations of MMT his stamp of approval. The billionaire investor wrote in a May that the current monetary policies of adjustable interest rates and quantitative easing are unproductive, necessitating the “fiscal and monetary policy coordination” described by MMT theorists.

Proving the need for Bitcoin

Worldwide, there aren’t any concrete plans to adopt MMT at the moment. However, with prominent supporters in Dalio and Draghi, governments may take it upon themselves to print an excessive amount of money. Some fiscal conservatives argue that the Federal Reserve is already adding excessive cash to the economy.

And this trend, according to countless analysts, will only be a boon for Bitcoin.

Peter C. Earle, a research fellow at the American Institute for Economic Research, said to Bloomberg that in an MMT-centric macroeconomy “precious metals and cryptocurrencies would swifty rise in popularity and therefore [its] price.” He suggested that when money printing is prevalent, precious metals and cryptocurrencies serve as “inflationary hedges”.

Earle’s analysis has been corroborated by an array of other economic researchers. Macro analyst Alex Krüger wrote on Twitter that “having elected politicians with control over both monetary and fiscal policy,” which is what MMT describes, is a “disaster waiting to happen.” While failing to describe the side-effects of MMT, Krüger remarked that “Bitcoin and gold should benefit from this long-term underlying theme”.

Bitcoin, specifically, is likely to become a tantalizing investment when sovereign debt becomes a number that governments can no longer disregard. Unlike the dollar or euro, Bitcoin has a fixed supply cap of 21 million coins and its inflation rate is set by a decentralized protocol—scarcity and the difficulty of production are two key characteristics of a “hard money.”

An economy in which government-issued money loses its purchasing power, or is at least is threatened to lose its purchasing power, will force investors to seek safe haven investments, assets that cannot be inflated away. Bitcoin, with an algorithmically-enforced issuance rate,  fits that bill.

As put best by Ari Paul in a tweet, the founder of the CIO of Blocktower Capital:

With the Pandora’s box of MMT beginning to open, Bitcoin’s value proposition only becomes stronger.