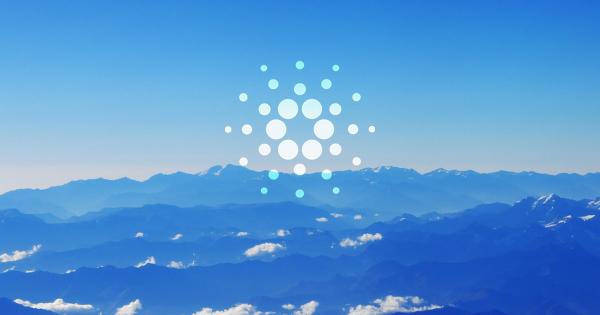 The hard fork that will turn Cardano Shelley on is just days away, which means that the crypto market is eager to find out what lies ahead for Cardano after Jul. 29. Charles Hoskinson, the CEO of IOHK, took a deep dive into what will be happening behind the scenes until the end of the year, revealing incredibly ambitious plans for Cardano and its community. In short, the blockchain platform won’t see a day wasted until the end of 2020.

A busy July at Cardano

The hard fork that will deploy Cardano’s staking era, Shelley, onto mainnet, is scheduled for Jul. 29. Unless a security audit deems any fixes to the node are necessary, the date will remain unchanged and mark the beginning of a whole new era for Cardano.

Aside from the fact that the network will finally transition from a federated centralized system to a decentralized one, the launch of Shelley will mark the beginning of an intensive development phase that’s set to continue well into 2021.

Charles Hoskinson, the CEO of IOHK, Cardano’s parent company, laid out what the rest of the year will hold for Cardano in a YouTube video, sharing the development flow the platform will see in the next six months.

After Shelley officially launches on Jul. 29, all of the people that ran their stake pools on the Shelley Incentivized Testnet (ITN) will start turning their infrastructure on. This will continue until Aug. 18, when staking is set to be in full swing.

When August comes, the majority of the efforts will be focused on the decentralization of the network—teams will be diligently working on decentralization efforts such as conducting peer-to-peer experiments and turning various relays on.

Further work on decentralization will happen parallel to Voltaire, the era of the Cardano blockchain that will introduce governance. At the tail end of July, the Voltaire team is set to introduce the concept of ballots. Then, a big part of the conversation about Voltaire in August will be about how the community can submit those ballots to the DC fund and get the opportunity to get their ideas and projects funded by the network. The basic concept of the DC fund is to launch a new funding initiative every six to eight weeks, which will grow both in size and sophistication as time goes by.

This means that both Daedalus and Yoroi will eventually support voting directly from the wallet. This function will initially be available through a third-party mobile app.

August is also set to see the final work on Ledger and Trezor updates done. Hoskinson said that both IOHK and Vacuum Labs had a “hell of a time” updating the two hardware wallets because both devices hard all of the necessary hardware capabilities, but lacked some of the software capabilities required for Cardano. The hardware wallet center in Daedalus flight was scheduled to be released back in June but fell short of the deadline due to these difficulties.

However, Hoskinson noted that most of the heavy lifting has already been done by Vaccum Labs, which just submitted the first of three PRs for Trezor. While he noted that Trezor probably won’t be available with the hard fork at the end of July, most of the work will conclude in August right when staking comes to the network.

This means that work on updating the firmware of the wallet has almost reached its end, with the only thing left is to add Yubikey, a security key offering two-factor authentication, into the stack, Hoskinson said.

Despite several major developments scheduled for August, next month will be a slow one for Cardano. Hoskinson explained that the core Cardano teams will get some much-deserved rest and focus mostly on updating the remaining documentation.

However, it won’t be all rest and no action in August. Where the core engineering team will slow down, the Voltaire team will pick up the pace. If everything goes according to plan and there are no major hiccups in its development, Voltaire will see major progress in September and October. Hoskinson expects that Voltaire features will be released on Daedalus during the two fall months.

After the core teams get some rest in August, work on big stuff will begin. Come September, native assets and the Plutus Foundations will be what the teams will be occupied with.

The teams already have a “strong candidate” for native assets. A competing team is currently looking at stablecoins and security tokens and will work parallel to the core engineering team on a crucial aspect of native assets on Cardano—an ERC-20 converter.

Hoskinson explained that the heavy lifting for the second team will begin in September when they’ll focus on finding a way to convert ERC-20 tokens on the Ethereum network to Cardano. While they’re up for hard work, Hoskinson believes that both teams will gain velocity and finish their work within the month.

Changing the tires on the car while it’s running

Parallel to the major work being done on introducing native assets on Cardano, a separate team will work on the Plutus Foundations. This, Hoskinson explained, will continue until November and December and enable people to build complex smart contracts on the network.

Creating a strong foundation on Plutus, which Hoskinson believes is one of the most ambitious and promising programming languages, will attract more people to Cardano and offer both individuals and businesses more flexibility and opportunities than other blockchain platforms.

IOHK has so far deployed a team that will work alongside businesses and helps them create decentralized applications on the network. Hoskinson said that this will be done using a strategy called Adoption Collaboration Incentives and Deployment (ACID). Under the strategy, the first order of business for the team will be to find individuals and entities that want to build on Cardano and collaborate with them.

Then, incentivize them either with CCIs or the DC fund. Hoskinson also left the possibility of Emurgo or the Cardano Foundation taking over some of the incentivization. When it comes to dApp deployment, Hoskinson said that an app interface in Atlas and several features in Daedalus will help developers deploy their products on Cardano.

While this might look like a jam-packed schedule to most, Hoskinson said that it’s been a slow and heavy road for IOHK, especially given the fact that they’ve been doing so many things in parallel:

“We’re changing the tires on the car while it’s running.”

This, however, doesn’t mean that IOHK’s grip over the development of Cardano will continue. The company’s five-year contract to lead the development of the blockchain platform is set to expire at the end of 2020 when the community will decide whether or not to renew it.

If its contract is renewed, IOHK will focus on resurrecting Hydra, the iteration of Cardano’s Ouroboros protocol that introduces off-chain scalability. Hydra, according to Hoskinson, has already evolved to a point where IOHK feels comfortable pursuing it further. As a total unit, Hydra doesn’t require any hard or soft forks to be deployed and can be laid over any software. This is why the company has ramped up efforts to bring the most out of the protocol while they can—a separate team is currently looking into using Hydra for cross-chain communication.

This also isn’t the only repurposing project that’s set to see the light of day this year. Hoskinson explained that significant effort will be put into exploring product synergy at Cardano, with the biggest effort being the combination of Prism, Cardano’s on-chain identity solution, and Atlas, Cardano’s blockchain explorer.

The combination of the two will enable did registration, which Hoskinson says can be useful for everything from keeping “friends list” to opening secure communication channels and SPOs.

However, this will most likely take off at the very end of the year. Until then, teams working at IOHK will deliver multisig in September or October—the multi-signature specs will enable stake locking, but will most likely be reused for other features. Several papers on Ouroboros will also be released in the fall and will most likely be followed by one or two “cleanup papers” that will encapsulate everything that’s been done during the summer.

When it comes to Cardano past 2020, Hoskinson said that if IOHK’s contract was renewed for another five years the company would focus on expanding the blockchain’s capabilities even more. He said that he’d personally like to build quantum resistance and one-shot signatures, but that things such as introducing improvements to Ouroboros and the voting system are also in play. Hoskinson also hinted at the possibility of going away from proof-of-stake entirely and explore other models such as proof-of-merit.

Despite full decentralization with Shelley still being days away, there’s a lot of talk in the Cardano (ADA) community about Voltaire, the blockchain’s governance era.

Cardano (ADA) parent—IOHK has announced that it has released a version of Daedalus for the Shelley testnet.

Charles Hoskinson, the CEO of IOHK, joined in on an episode of The Cardano Effect podcast to go over some of the details regarding the launch of Shelley.