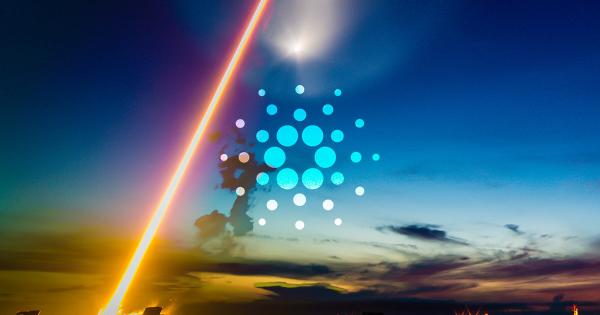 IOHK, the company behind the Cardano blockchain, kicked off the first day of its long-awaited Shelley Virtual Summit with a slew of new announcements and projects. In a press release shared with CryptoSlate, the company laid out five “ground-breaking” third-generation blockchain innovations.

Firstly, the company announced that it successfully deployed the biggest update to the Cardano blockchain with the release of the Shelley code. The Jul. 1 node deployment contained all of the Shelley features that will be implemented on mainnet when the network goes through a hard fork in late July.

And while the Shelley node deployment was heavily covered earlier this week, the release of the Atala PRISM solution was freshly announced during the summit. PRISM is a decentralized identity system that will enable millions of “unbanked” people to access blockchain, financial, and social services. The solution will allow users to share personal data securely through the Cardano blockchain, but it will also be compatible with other blockchains and ecosystems, the company said.

“As an open and inclusive system potentially accessible through simple cell phones or paper wallets, this could fuel a new wave of applications extending social and financial systems to millions worldwide,” said Charles Hoskinson, the CEO of IOHK.

Despite the fact that the dust from the Shelley launch is yet to settle, IOHK announced a delivery date for Cardano’s Voltaire era. The company launched Project Catalyst, an experimental fund and toolset that will enable ADA holders to vote for funding proposals on the Cardano blockchain. The project will combine research into democracy models, social experiments, and community consent in order to facilitate a fully decentralized treasury system.

Catalyst will roll out in late 2020, with the first call for proposals to be announced sometime in July, the company said.

“Ada holders need a simple process where they can directly influence the future of Cardano. This process needs to be fair, usable and lead to impactful funding decisions, something that to date hasn’t been achieved by any other system in the industry. We’ll be rolling this out in Q4 of this year.

“With a simple mobile interface and voter rewards, our community will be able fund initiatives they believe in. Project Catalyst primes us for Voltaire and is a huge step in fulfilling IOHK’s promise of a decentralized, fair and impactful treasury system.”

Project Catalyst isn’t the only pilot program announced during the first hours of the summit—IOHK also revealed that it will be launching Project Atlas. Atlas is aimed at enhancing the user experience on the Cardano platform by making products and tools more accessible. It will also allow users to check the overall health and state of the network in order to make informed decisions when voting or delegating.

“Some of the extended functionality will also include the ability to create alerts for trigger events on-chain and compare non-myoptic performance of stake pools, allowing users to delve into key metrics on status and distributions of stakepools,” the company said.

And lastly, IOHK announced a partnership with Wave Financial Group, a technology ecosystem fund, which became the first venture to support the adoption of Cardano. The two companies will be creating a $20 million fund aimed at supporting startup and early-stage businesses that build their products and services on IOHK’s blockchain technologies, which include Cardano.

Initially, IOHK will commit $10 million to the fund, while Wave plans on matching the donation with another $10 million through fundraising. The fund will make investments globally with a typical investment size of USD $250,000-$500,000.