London’s High Court sided with Craig Wright in a legal dispute this time around—but the judge simply had no other options. 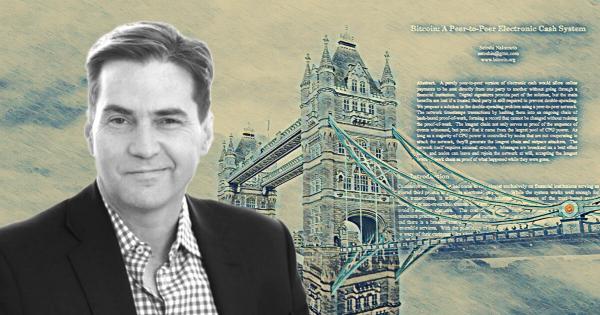 Bitcoin.org, “an informational site dedicated to help educate and facilitate the understanding of Bitcoin,” has lost the right to grant access to Bitcoin’s whitepaper document in the U.K., according to the latest order by London’s High Court.

Per an announcement published yesterday by Ontier LLP, a law firm representing self-proclaimed Bitcoin creator Craig Wright, Judge Hodge QC has granted the latter a default judgment in his “copyright infringement action against ‘Cøbra’, the pseudonymous operator and publisher of the bitcoin.org website.”

Cobra has to put a notice up on https://t.co/4T3OqpAR1A for six months about the default judgement.

Also has to pay Craig’s costs, £35,000 in interim payments ordered so far.

As CryptoSlate earlier reported, Wright is insisting that he is actually Satoshi Nakamoto, the enigmatic creator of Bitcoin, and even claimed that Bitcoin is his intellectual property a year ago. As such, Wright also argued that the rights to Bitcoin’s whitepaper—a document that explains the crypto’s inner workings—also belong to him.

As part of this effort, Wright claimed that Bitcoin.org, one of the best-known websites dedicated to Bitcoin and currently maintained by pseudonymous user Cøbra, is infringing his intellectual property rights by hosting the whitepaper of Bitcoin—and filed a lawsuit in the U.K. Now, the court’s order made it official.

Fighting for what is Wright

According to Ontier’s announcement, the judge ordered that Bitcoin.org is now prohibited from “infringing Dr Wright’s copyright in the United Kingdom whether by making the White Paper available for download from the bitcoin.org website or in any other way.”

Additionally, Bitcoin.org is now obliged to publish a copy of the corresponding court order for six months while the “Court also ordered that there be an inquiry as to damages caused by the Defendant’s infringement of Dr Wright’s copyright in the UK.” Finally, Cøbra must compensate Wright’s legal expenses which amounted to around £35,000 ($48,500).

Notably, the judge has no other option but to rule this way—thus the default judgment—because Cøbra simply refused to defend his position in order to retain anonymity. Or, as Ontier put it, “anonymous Bitcoin blogger ‘Cøbra’ stays in the shadows and fails to defend itself in the face of Dr. Wright’s High Court claim.”

In his turn, Cøbra said that he will be “happy to pay Craig his costs for the Bitcoin whitepaper case.”

Happy to pay Craig his costs for the Bitcoin whitepaper case.

How does a BTC payment to the address associated with block #9 sound? https://t.co/dxMWIrnkGx

At the same time, Bitcoin.org maintainer pointed out that court cases such as this are the exact reason why Bitcoin is “necessary.”

I don't think you could get a better advertisement of *why* Bitcoin is necessary than what happened today.

Rules enforced through cryptography are far more superior than rules based on whoever can spend hundreds of thousands of dollars in court.

“I don’t think you could get a better advertisement of *why* Bitcoin is necessary than what happened today. Rules enforced through cryptography are far more superior than rules based on whoever can spend hundreds of thousands of dollars in court,” Cøbra tweeted today.

Sucks when you have billionaires determined to bury you in endless frivolous litigation. ?

I'm going to take a break from Twitter for a while. Appreciate all the kind words. Take care. ? https://t.co/EOGI8dVQet

He added that today’s systems are “where ‘justice’ depends on who’s got the bigger wallet” and that it “sucks when you have billionaires determined to bury you in endless frivolous litigation.”