TRON (TRX) has taken the market by storm, and for good reason. 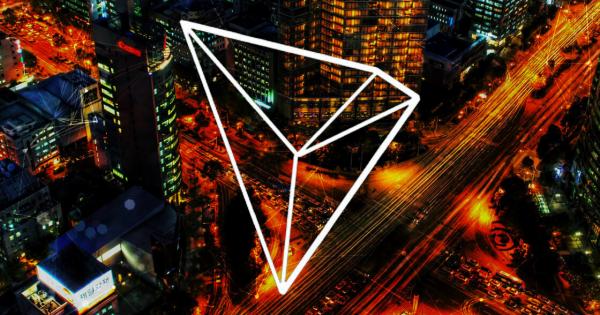 TRON (TRX) has taken the market by storm, and for good reason. It has an an outspoken, well-connected founder in Justin Sun. It is attempting to disrupt a $1 trillion global entertainment market. And it has 100 employees in its Beijing office at the helm.

Although massive hype is a factor for its sudden surge, the TRON Project shouldn’t be overlooked. We believe TRON has the potential to surpass even the most popular currencies.

TRONix (TRX) is the official cryptocurrency of TRON. It aims to be a decentralized content sharing platform, giving the power to the creators and consumers. They are targeting the digital entertainment industry, valued at around 1 trillion dollars yearly.

Currently, just about all digital media is hosted by a middleman. For example, to download an app you’d use the App Store of the Google Play Store. If you want to stream music, you’d use Netflix or Hulu. Spotify and iTunes music are also quite popular.

These companies act as a platform for digital content sharing; they also take a fee from the creators and consumers. TRON aims to tackle this issue by providing a medium for creators to share their content with consumers, cutting out the middlemen. All of the data is cryptographically secure via the blockchain, and the creators retain all of their profits instead of other companies taking a cut.

TRON will also protect the privacy by allowing individuals to retain their own digital footrint. Companies like Facebook, Google, Amazon, and many more make a lot of money by tracking and selling your digital footprint.

Have you ever noticed ads appearing that seem to match exactly what you just searched or watched? This is because these companies track your digital footprint (all of your searches, likes, etc.) and sell this information to companies looking to market their products. The companies then post ads themselves or pay Google, Amazon, etc. to direct ads specifically at you.

With a decentralized entertainment sharing platform, this is no longer possible.

TRON aims to take this power away from big companies and give it back to the people by keeping your digital footprint cryptographically secure. You control the data and can decide what happens to it.

Creators will be incentivized via initial coin offerings to add their projects to the blockchain. The consumer is then able to use the TRON ERC20 token to view these creations.

Unlike other popular cryptocurrencies, the TRX token cannot be mined with a mining GPU, or anything for that matter.

Mineable cryptocurrencies use a proof of work system, where miners pay for electricity to power there mining hardware and receive coins in return.

The TRON Developers have a specific plan set in place. Its first four phases set to end by 2023, and the last two phases by 2027. Here they are:

It’s nice to see some structure from the development team, rather than a goal without any tangible steps to accomplish it. Speaking of the dev team, let’s get to know them a bit better.

Justin Sun is the CEO of TRON. He’s just 27 years old but has already achieved quite a lot. After graduating from Peking University with a bachelor’s degree, he received his master’s from the University of Pennsylvania.

TRON’s development team is no joke either. Justin Sun doesn’t hesitate to announce all of the top Alibaba executives joining the TRON development team. This project is spearheaded by brilliant minds.

Currently TRON’s only office is located in Beijing, China. Recently Justin Sun hosted a live stream on his Twitter account. He claimed their China office has around 100 employees.

He also announced that a San Francisco office is soon to be opened. It seems TRON’s footprint is pretty large, especially considering a new office in the United States. It’s safe to say that TRON isn’t going away any time soon.

Not only is TRON backed by hundreds of thousands of regular people, it also has the support of some of the richest businessmen in the world.

Wei Dai is the founder of ofo, the biggest shared bicycles provider in China with an estimated value of over 3 billion dollars has invested in TRON. He’s joined by multiple famous angel investors including Weixing Chen, Charles Xue, and more.

We’ve only mentioned a few of the dozens of wealthy businessmen who have invested a considerable amount in TRON.

While we’re on the topic of investors, let’s talk about TRON’s partners. It seems as though Alibaba is trying to get involved in the cryptocurrency realm by partnering with TRON. However, China’s policy towards crypto ideal — it recently banned Bitcoin trading. It’ll be interesting to see what Jack Ma (a leading Alibaba executive) decides to do.

They’ve also partnered with Baofeng, considered to be Chinese Netflix. Considering TRON aims to tackle the digital media market, their decision to back the platform that may put them out of business is quite interesting.

TRON has another big partnership planned for January of 2018 with oBike. oBike partnered with TRON to officially launch their own coin called oCoin. oCoin will be used to pay for rides with the oBike corporation.

In addition to oBike, TRON also recently announced partnerships with Game.com and Peiwo, a social networking app in China.

Unlike some of the other joke coins, TRON is a serious project with big investors and a bright future.

Unfortunately, there are a lot of people who talk negatively about cryptocurrencies without understanding the technicals. For example, Bitcoin has blown up in the mainstream media and there is constant talk about it being in a bubble, saying it can’t possibly raise any higher in price.

Of course, that’s what they said the last time Bitcoin’s price rose; and they’ll say it again when Bitcoin reaches $25,000.

Anyway, many people say cryptocurrencies are very volatile. Well, this is true. However, if you know how to read cryptocurrency price charts, you can make good money.

TRON is no exception. Just under a month ago, one TRON token was worth around two cents. Within a month’s time it skyrocketed to nearly $0.30. Since then, it has pulled back to around $0.08.

TRON’s value is based on market speculation just like any other cryptocurrency; when the market rises too fast, it will correct itself.

So, why did TRON move so quickly? Is it solely based on people hyping it up, or is there something more?

The price skyrocketed far too quickly and corrected itself; that’s obvious. Despite this, we believe the TRON project has a lot of potential.

That being said, TRON won’t do well in the long term if it continues exploding in price. A fundamental business behind the token is crucial for success in the long term. For the TRON token to be successful, it needs to see slow, yet steady growth.

TRON has been embroiled in some controversy over the past few weeks after Juan Benet, who works for IPFS, produced an analysis that shows large sections of the TRON whitepaper were plagiarized from several other projects including Filecoin and IPFS.

“Our original version of the whitepaper is in Chinese and we have a very detailed reference to the latest Chinese version. The English, Korea, Japanese and Spanish versions are translated by the volunteers. The translation missed numerous important details not just reference.”

Whether it is poor translation or not, it is a glaring error for an otherwise exciting and potentially transformative entertainment distribution platform.

Where to Buy TRON

Your TRON will be stored in a secure wallet on your exchange account. From here you can either trade it for other currencies, convert it back to Bitcoin, or store it long term in another wallet on your computer or on a hardware wallet.