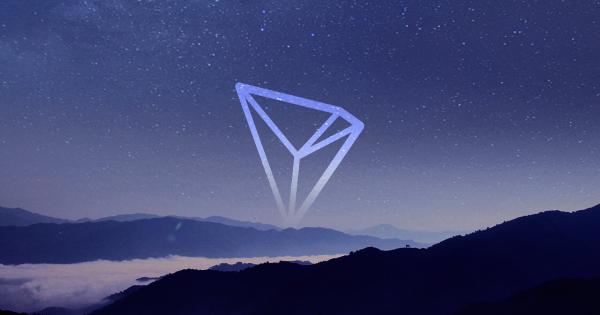 TRON prepares for a mainnet upgrade that will strengthen its security and make it easier for developers to build on top of the network. The upgrade may coincide with a period of high volatility for TRX, according to the charts.

TRON is one of the largest blockchain-based operating systems in the world. The platform is dedicated to building the infrastructure for a decentralized Internet. TRON advertises its protocol as a scalable, high-availability, and high-throughput computing layer that serves as the foundation for decentralized applications (dApps).

As part of its routine improvements, the TRON Foundation announced in a blog post that TRON will go through a mainnet upgrade on June 18.

With continuous updates & iterations, the #TRON MainNet will soon be upgraded to version Odyssey 3.6. This version will realize a more lightweight built-in event server with added protocol data check. Thanks to our developers for their hard work. #TRX $TRX https://t.co/8ep7hSygKu

With the Odyssey-V3.1 upgrade back in October 2018, Justin Sun, the founder of TRON, stated that TRX will be faster than Ethereum and cheaper than EOS. Now, with Odyssey-V3.6 he believes that it will be more secure and easy to work with than other smart-contract blockchains.

Based on community consensus, #TRON will be upgrading to Odyssey 3.1 at 8pm SGT. The TRON Committee function & TVM will go live, marking the start of the Smart Contract Era. TRON will be 200x faster vs. ETH, 100x cheaper vs. EOS. dApp developers & users, this one is for you! $TRX

The upgrade comes at a time when TRON prepares to celebrate its first “independence day” anniversary. This was the time when the Foundation completed the TRX token swap from the Ethereum blockchain onto its own.

Justin Sun recently tweeted a poll asking the community on how to celebrate the historic moment since a lot of speculation has been building up and rumors of new partnerships are surrounding the event.

June 25th is coming soon. We have prepared plenty of activities to celebrate the important day for all #TRONICS. Do you have any expectations for how to celebrate #TRON Independence Day? Your opinion matters. Share your ideas with us!#TRX $TRX #TRON #TRONIndependenceDay #June25

Despite the recent announcements and the hype surrounding TRON’s first independence day, the market valuation of this cryptocurrency staggered the last few days, but it could be showing signs of high volatility.

On the 3-day chart, TRX is trying to close above the 7-three-day moving average to continue the bullish trend and possibly test the $0.038 resistance level once again.

Nonetheless, the 7-three-day MA has been acting as a strong point of resistance and failing to trade above it could take TRON down to the 30 or 50-three day MA.

This cryptocurrency has been trading above the middle Bollinger Band (20-twelve-hour MA) since June 15. Now, the Bollinger Bands appear to be squeezing in the 12-hour chart, indicating that a period of high volatility could come soon.

An ascending triangle could be forming on the 4-day chart, based on TRX price movements that allowed for a resistance level that was created by the swing highs, at $0.034, and a rising trendline that developed along the swing lows. Although this is a continuation pattern, since the price usually goes in the same direction as the trend before the triangle formed, a breakout can occur to the upside or downside.

If TRON breaks the $0.034 resistance level with enough volume, it could go as high as $0.038, which is the target given by the bullish formation. Conversely, a move below the triangle could indicate that TRX is about to fall to around $0.029.