During the past week, the total volume of transactions larger than $100,000 in ADA surged exponentially. Data from IntoTheBlock also revealed that while the overall amount of Cardano transactions has been steady, the volume is increasing, which could be later reflected in its market value.

Cardano’s transaction volume on the rise

According to data from the blockchain analytics firm IntoTheBlock, the total volume of transactions on Cardano’s network greater than $100,000 reached $116 million on Oct. 31. This represents an increase of 464 percent compared to the $25 million seen a week before.

Cardano recently rolled out a new update to the Daedalus wallet, which was launched on the Cardano mainnet during that time. Apart from a redesigned user interface, the main change the update brought about was the addition of a newsfeed.

Daedalus users will now be able to have four different types of news about the latest developments in the industry delivered to them via the wallet. And, users will also take advantage of a new wallet recovery phrase verification system, which will warn them if their recovery phrase has not been verified for a long period of time.

Despite the volume increase seen on Cardano’s network, there were 74 large transactions on Nov. 2 worth over $12 million. This represents a 90 percent plunge from the volume in the blockchain just a few days before. But, another spike in volume has taken place in the last 24 hours, with more than 100 large transactions worth nearly $90 million.

Now, it seems that more people could be preparing for the introduction of the incentivized testnet of Shelley, the next iteration of the Cardano blockchain. According to Dynal Patel, senior product manager at Cardano, the incentivized testnet will enable all ADA holders to earn real ADA rewards, “marking an acceleration in the Shelley testnet, and Cardano’s development.”

While the massive volatility in transactions’ volume seems to be related to the strides that Cardano has been making in the past weeks, the price of ADA has been stagnant.

Cardano is currently sitting in a no-trade zone. This area is defined by the lower and upper Bollinger bands that sit around $0.036 and $0.044, respectively. Trading within these support and resistance levels poses high-risk exposure due to the inability to determine in which direction the trend will result.

The low volatility that ADA is experiencing since Oct. 24 took the Bollinger Bands to squeeze on its 1-day chart. Squeezes are indicative of periods of low volatility and are typically succeeded by periods of high volatility. The longer the squeeze, the higher the probability of a strong breakout that defines the direction of the trend.

Thus far, the Bollinger bands have been squeezing for over the last two weeks, estimating that a significant price movement is underway. A break below $0.036 could take this cryptocurrency to test the next level of support around $0.028. Conversely, a move above $0.044 could allow Cardano to surge to the $0.052 or $0.065 resistance level.

The recent efforts put up by the Cardano Foundation to accelerate the development of ADA’s protocol are creating a lot of buzz in the crypto community. Several media outlets have reported the news as the number of “stars” seen across multiple repositories related to ADA is skyrocketing in GitHub.

Although the spike in the total volume of transactions in ADA could indicate that institutional players are coming into Cardano, the metric is not explicit. Therefore, an increase in demand that helps it break out of the consolidation phase could be the confirmation that larger players are betting on the future of Cardano. 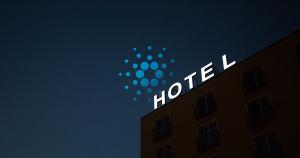 Supporting and growing the Cardano ecosystem

Daedalus is a wallet, developed by IOHK which will allow you to store Cardano (ADA) cryptocurrency. It is an open-source, multi-platform, HD (hierarchical deterministic) wallet, allowing you to create an infinite set of keys from a single seed. Learn More ➛